If the idea of understanding Switzerland through its literature seemed a good one, I have to admit straightaway that this was mainly because I felt somewhat lost when I arrived here. This is a country with many identities and doesn’t give you much clue as to which is which; and there’s nothing to make you feel more disorientated, having decided you know a place well, even intimately, than to discover you can’t name its capital city or order a cup of coffee in a pavement café. So, to understand French Switzerland means to read Swiss French. If my obvious starting point was Charles-Ferdinand Ramuz (whose name is pronounced as if the ‘z’ didn’t exist!), a convinced regionalist with his authentic language and his mountains, I didn’t hesitate to take the byroads, via Corinna Bille and her husband Maurice Chappaz, Charles Albert Cingria, Edouard Rod, Gustave Roud, Anne Cunéo, and, of course, the towering figure of Yvette Z’Graggen, who gently recalls life in Switzerland and its ambiguous attitudes to wartime neutrality in Les Années Silencieuses (The Years of Silence). Not to mention what she has to say about the relationship between the Swiss and free speech.

But then we come to Jacques Chessex (another interesting name: ‘chess’ with no ‘sex’), who, with a stroke of his finely sharpened pen in his novel about parental tyranny, A Father’s Love (L’Ogre), demolished all our certainties. Such anger, in a protestant community? And how it conquered Paris, to win him the Prix Goncourt, a Swiss first! Chessex marked a watershed, much as Fritz Zorn might have done, if his name hadn’t been better known in France than it was in Switzerland…for he came from those introverted parts of the country, where it’s not done to speak openly about what you think. But there’s a new generation of writers, who spurn such restraints, who are open to the world and its ways – what does it matter what colour passport you have? – and their need to speak out breaks down any such barriers. Douna Loup, Noëlle Revaz, Max Lobe, Lolvé Tillmanns, Joseph Incardona, Nicolas Verdan, Quentin Mouron, Laure Mi Hyun Croset, Elisa Shua Dusapin, Antoine Jaquier, Thomas Sandoz, Michael Perruchoud, Florian Eglin, Nicolas Feuz, Marc Voltenauer – a kaleidoscope of writers from an unjustly overlooked country, the quality of whose literary output can no longer be denied. 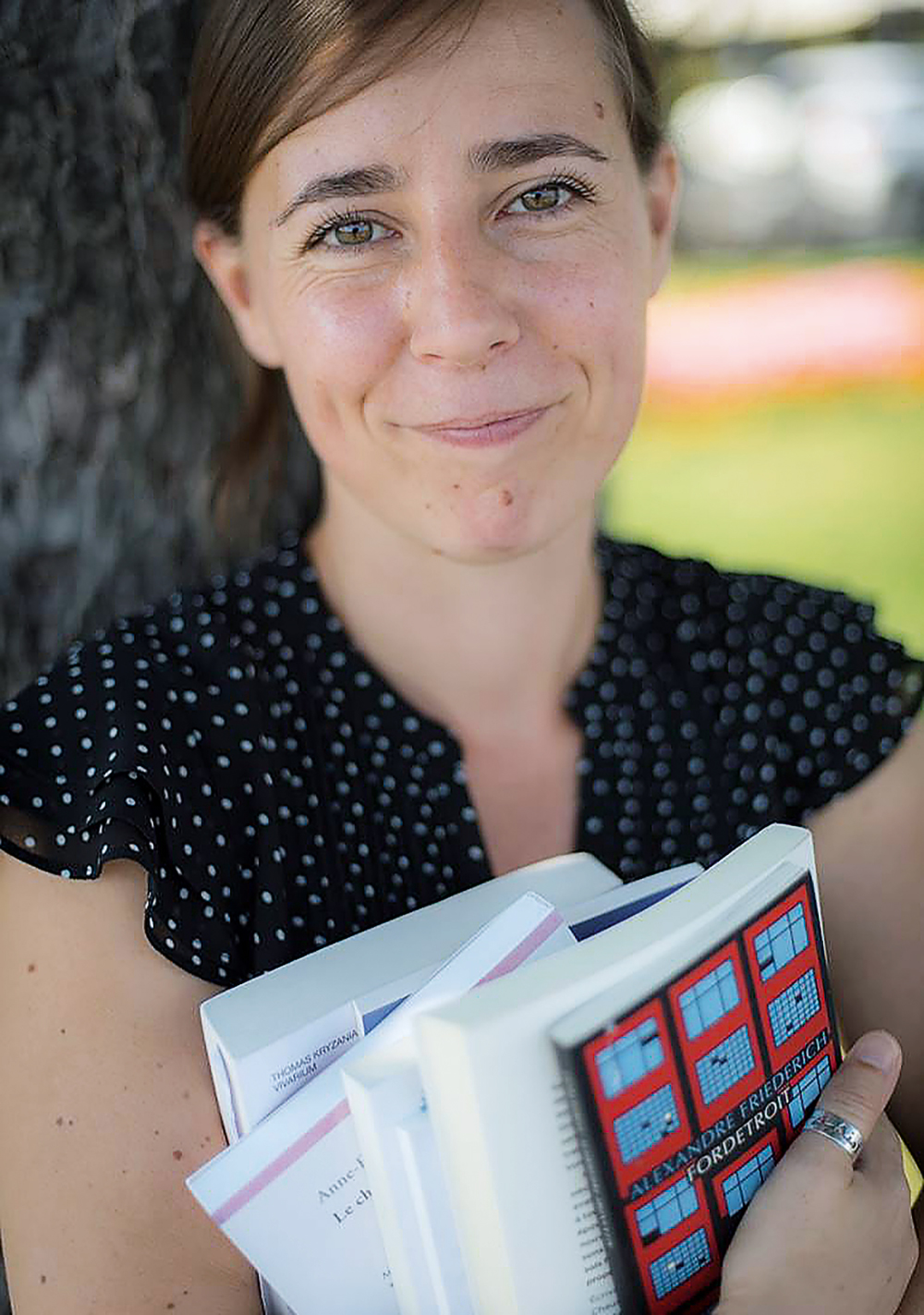 AMANDINE GLEVAREC is passionate about literature. She is French but has worked as a bookseller in Switzerland and as editor of the blogspot littérature-romande. She has now returned to France, where she has just set up a new French language website devoted entirely to reading and writing: www.kroniques.com.