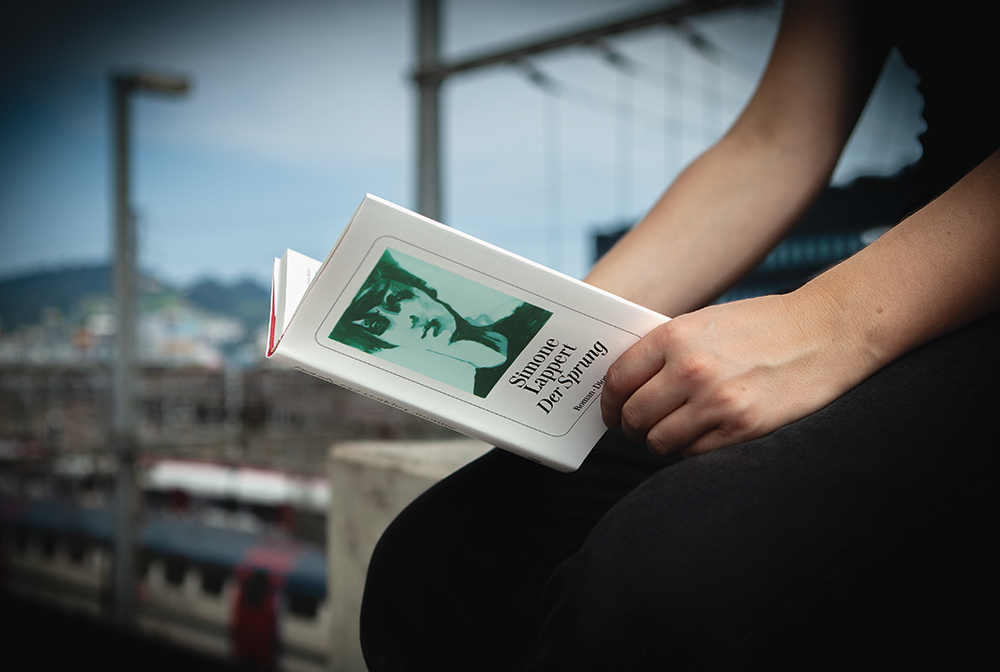 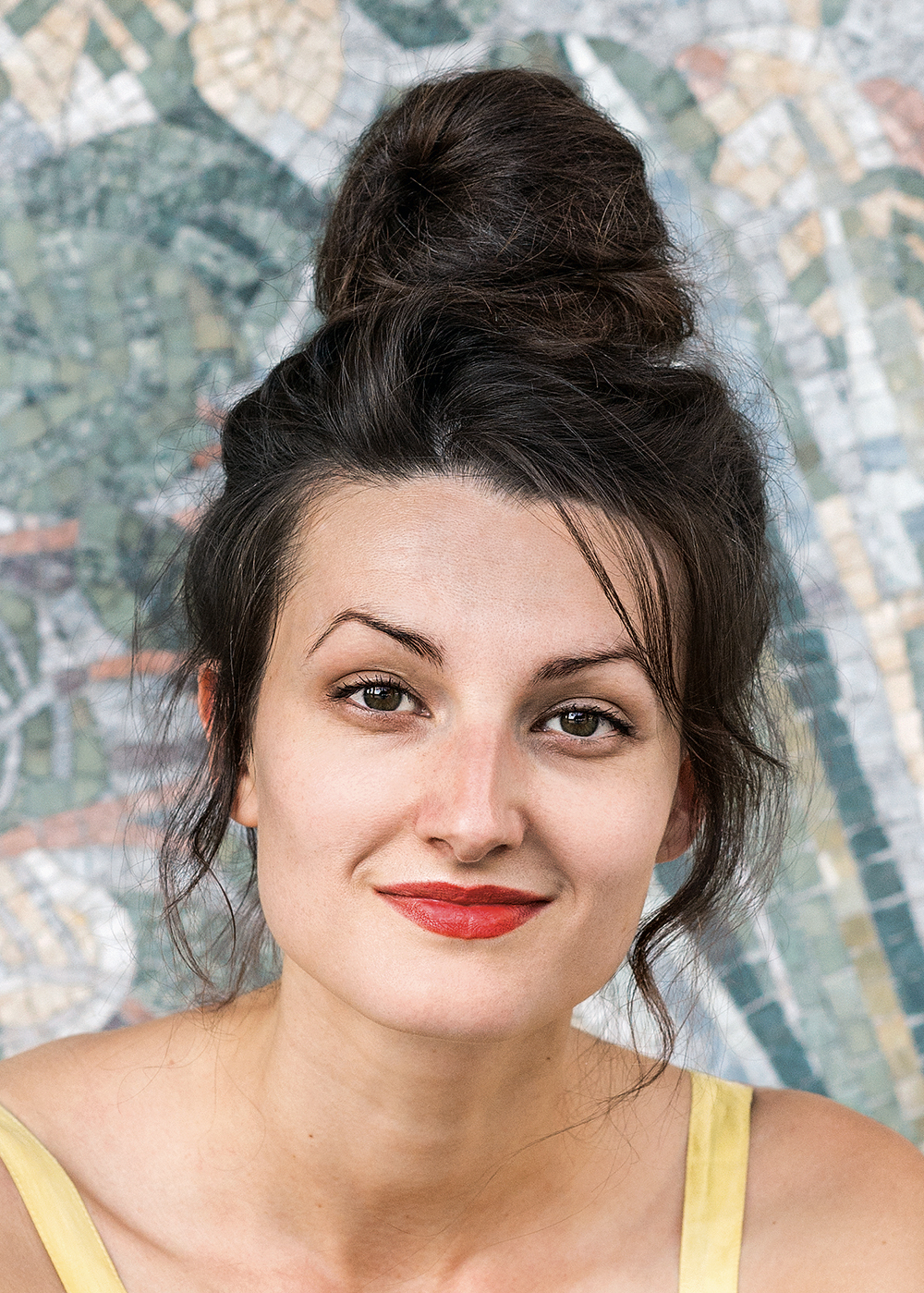 SIMONE LAPPERT was born in Aarau, Switzerland, in 1985; she studied at the Swiss Literature Institute in Biel/Bienne. Her debut novel Wurfschatten (Shadow Casters) was published in 2014. She won the Wartholz Prize Newcomer Award. She is President of the International Poetry Festival Basel and one of the Swiss curators of the poetry project Babelsprech.International. She lives and works in Basel and Zürich.
Photo: Ayse Yavas

A young woman stands on a roof throwing tiles. What is she doing up there? Does she intend to jump off? Will she leap or not leap? More and more people gather to gawp, to film her on their mobiles and to comment on what’s happening. Some are smug, some irritated, some sympathetic. Simone Lappert creates a tapestry of ten different perspectives on one and the same event, each displayed with passion and depth to the eyes of her spellbound readers.

At the heart of the story is Manu, the young woman on the roof. What is going on inside her head as she watches a curious crowd gather in the square below her? Is there a way back? Is there any escape except jumping off?

The situation drags on for hours. The police cordon off the building, the town centre descends into chaos, the authorities can’t cope. The identity of the young woman on the roof is unclear, and not even her boyfriend – who is there among the crowd – knows her last name. Meanwhile, Manu is battling with herself and the onlookers, moving right to the edge of the roof and then back again, furiously hurling objects and tiles. No one knows why she is up there. Could she be prevented from jumping, and if so, how? Maybe by the police officer with psychology training? Or will she leap just when he nips off to the loo? Chapter by chapter, the reader experiences the same event through the eyes of Manu’s boyfriend, her sister, a policeman, and seven other people. You suspect that all these people have something to do with the young woman. But what? What is clear is that nothing in their lives will be the same again: they all go off course, lose their footing – or topple into a freedom that they had never thought possible.

From the start, the author reveals that Manu will end up making the jump. Readers experience the slow-motion jump in convincing close-up. This knowledge means that we can become totally involved with the different perspectives and characters. It is no longer a question of whether, but rather of how and why – and also of what this exceptional situation does to ten very different people.

Click here for a SAMPLE TRANSLATION by Katy Derbyshire

“Between the lines of heating wire on the rear windshield, she saw the roof. She saw Manu balancing on it, pulling roofing tiles away from their moorings and piling them up next to the chimney, her head a music note that bobbed up and down between the lines on the pane. Out of tune, thought Astrid.”