The Salon Suisse in Venice

The Salon Suisse, initiated by Pro Helvetia, is one of the official events in the programme of the Biennale of Venice.
Every year since 2012, the reins have been entrusted to an expert salon organiser. Its programme takes place at the Palazzo Trevisan degli Ulivi, the seat of the Swiss Consulate. Thanks to this consular presence Pro Helvetia co-organises numerous cultural events throughout the year.

The Salon Suisse is intended to be the melting pot of essential thinking on architecture and contemporary art. It therefore offers events that are in parallel to the exhibition in the Swiss Pavilion situated in the Giardini de la Biennale. After the effervescence of the opening week of the Biennale has subsided, the Salon Suisse makes it possible to offer the public, whether professional or amateur, a series of meetings until the end of the exhibition period – and this in a convivial atmosphere conducive to exchanges and dialogue.

In 2016, the Salon Suisse is led by Leïla el-Wakil. For his part, the architect Christian Kerez is exhibiting his project Incidental Space in the Swiss Pavilion.

« Wake up ! »
Until the end of the Architecture Biennale of Venice, the Salon Suisse is hosting the meetings organised by Leïla el-Wakil. The architect and art historian calls for greater awareness: Is there a possible path towards responsible architecture? Architects, engineers, researchers and artists are invited to outline constructive and inspiring responses. Read selected extracts from the conversation, available in full version in French.

What are the major stakes in the meetings that you are organising?

L.e-W: The Salon Suisse is a proposal for opening various and alternative paths that serve as counterpoints to the dominant trends furthered by globalisation and  industrialisation of building in the hands of a few large trusts. The Salon Suisse does not adopt a narrow and totally circumscribed line, a single « path to responsible architecture » which one might wrongly consider as more appropriate, but remains open to possible differences.

The Salon’s programme « Let’s rediscover » in June focuses on the lessons of the past, the importance of the concrete and the tangible.  For you as a historian, what are the most striking examples of responsible architecture?

L.e-W: The Salon Let’s rediscover was an opportunity to rediscover the technology of unfired clay in particular, a technology to which numerous contemporary architects are turning their attention. Of all the traditional materials, clay is the one that currently gives rise to the most innovative research. I am particularly sensitive to programmes of community architecture that make it possible to rehouse deprived people in a decent manner while refraining from practicing the policy of sweeping away all that has gone before but rather finding soft and subtle solutions that blend past, present and future.

Restoring the human, the material and modest dimensions to the heart of the architectural question: how was this addressed in the Salon « Let’s build » in September?

L.e-W: One must agree today to reconcile academic architecture, the products of the great schools of architecture, with vernacular architecture created by the inhabitants by and for themselves. The Salon Let’s build addressed the theme of ‘auto-construction’. Techniques that are simple, industrial (sprayed cement) or artisanal (different clay technologies), were addressed by the protagonists invited to this Salon. 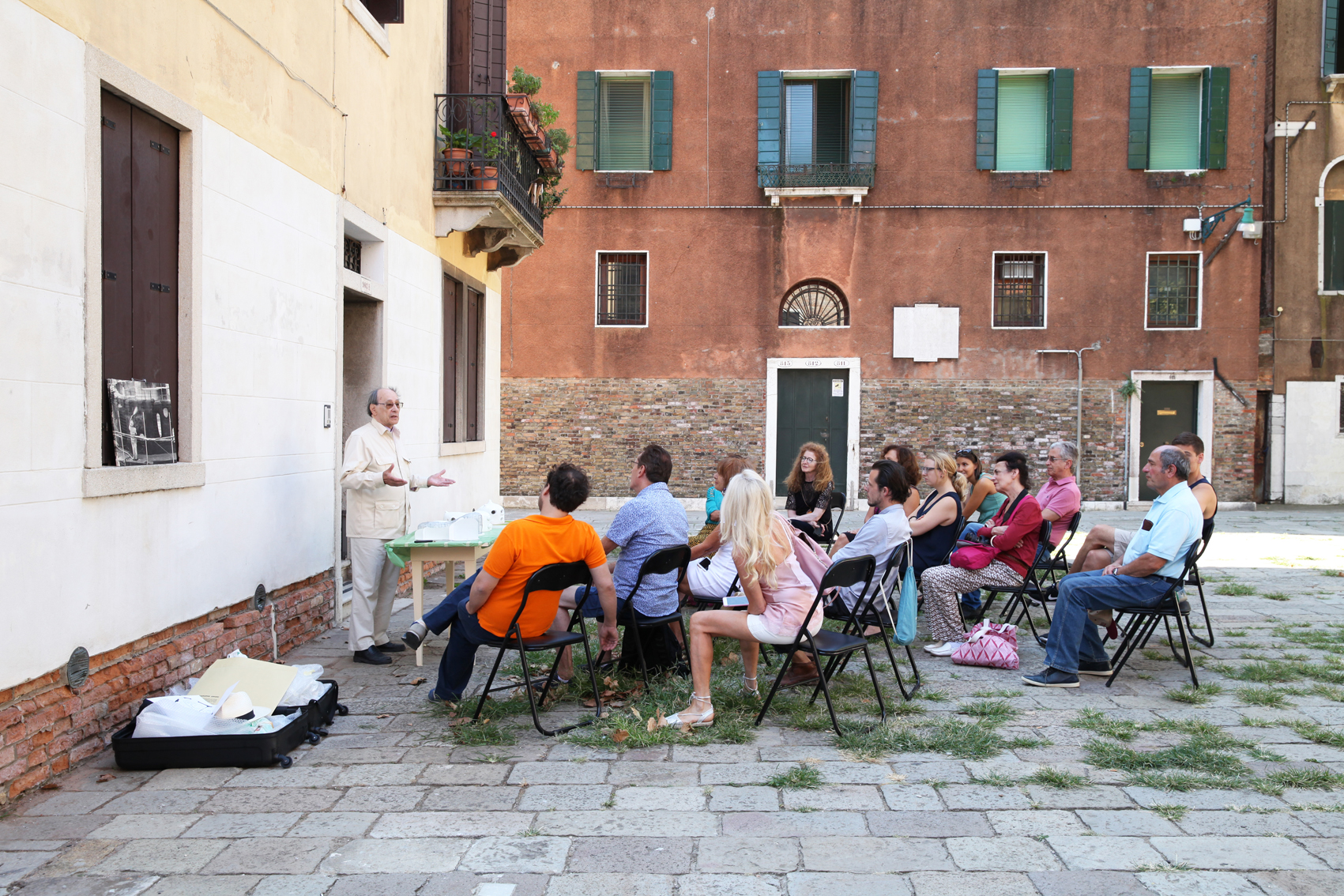 Troglodyte habitats evoke an air of mystery in the collective imagination. You propose a reinterpretation of underground architecture on the occasion of the Salon « Let’s dig », due to take place from 20 to 22 October. What challenges are your guests preparing to illustrate?

L.e-W: Underground architecture is a field that is still largely underestimated as to its future possibilities. However the earthquake-resistant and environmental capacities of troglodyte structures, buried or half-buried, are considerable. Certain architects, sensitive to the landscape qualities of the sites where they work, choose nowadays to construct by digging. It is important to bear in mind the possibility of negative architecture, the economic and ecological advantages of which are, in certain cases, greater than what « above ground » architecture can offer.

You have programmed a play as an opening of the Salon Suisse in May and a performance to close the series of meetings in November, on the occasion of the Salon « Let’s reduce ». Is it possible to speak of architecture without being an architect?

L.e-W: « L’Enfer du béton armé (The hell of reinforced concrete) » is a play that was written in 1964 by an architect who is also an intellectual and an author, Hassan Fathy. In this satirical comedy, performed at the opening of the Salon Suisse, he denounces the globalisation of architecture and urban planning, and the inappropriate use of reinforced concrete in the extreme climate of the Sahara. The performance for the closure of AJAR, « Let’s keep the door ajar », remains a surprise that members of the literary group are busy concocting for us. Among these young authors, there is at least one specialist in the history of architecture, Guy Chevalley, who wrote a very interesting Master’s thesis in the history of architecture on a female architect in Geneva, Anne Torcapel. So it is incorrect that the two opening and closing performances are the work of voices outside the profession.

The opinion of each one of us on architecture is something absolutely legitimate. If, as we know, architecture is characterised by value in use, is it not fair that users be authorised to express themselves? Nevertheless it is worth recalling that founding texts of architectural theory were written by non-architects, beginning with « De Architectura libri decem » by Leon Battista Alberti, the Florentine humanist who was a lawyer by training. Finally, on the occasion of this Biennale, Alejandro Aravena gives free rein to the architectural debate, so that each can appropriate it, not just the caste of the so-called « initiated ».

The Salon, as if you were there

The Salon Suisse 2016 is covered by the architecture magazine Hochparterre, the official media partner. At each Salon, Hochparterre disseminates written reports, audio and video, both live and in magazine form.

Hochparterre at the Salon Suisse