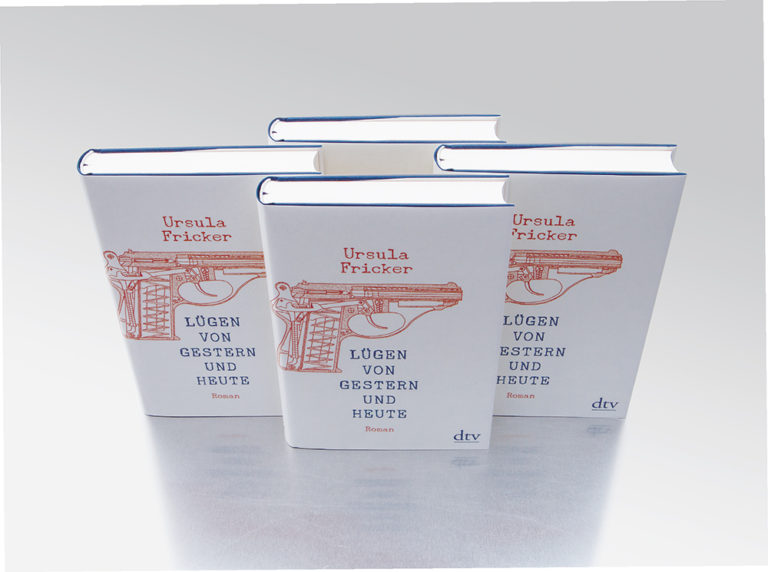 “In this novel, Ursula Fricker succeeds with an insightful plea for greater sophistication, for a less black-and-white approach to facing up to life’s contradictions and to how we break through its seemingly fixed divisions.”
BERNER ZEITUNG URSULA FRICKER was born in 1965 in the Swiss town of Schaffhausen. She trained as a social worker and taught theatre studies. Her first novel was Fliehende Wasser (2004), which was awarded the prize for single best work by the Swiss Schiller Foundation, and a year’s writer-residency by the City of Zürich. In 2009 she published Das letzte Bild and in 2012 Ausser sich, which was nominated for the Swiss Book Prize in the same year.
PHOTO © Susanne Schleyer

Three people – Otten the politician, Isa the activist and Beba the refugee – all want something different out of life.
Joachim Otten is the Minister for Internal Affairs in a major German city and is often, unwillingly, forced to take a hard-line stance on refugee policy. He is drawn into a violent debate about the occupation of a factory site by refugees and activists, and finds himself out on his own.
Isa is the bored child of a well-to-do family, who drops out of education because she wants to make an impact; she gets involved with the refugees and becomes ever more radicalised.
Beba, who has fled the poverty and despair of her war-torn homeland, wants to learn to play the piano. She dreams of giving concerts, but has to earn her keep as a prostitute.
Painstakingly and with sophistication, Ursula Fricker weaves together the disparate threads of these very different people’s lives. No one voice drowns out the others: each is equally moving and convincing. All three of them have to wrestle with the repercussions of their upbringing, with the hopes, dreams and desires they once had… and with what remains of them. This is a novel about politics and love and the burden of trying to do the right thing in the world today.

Read ten pages from the book in German and English

Isa had no intention of going. Come the evening, though, there she was, in front of a derelict factory at the foot of Bogenstrasse. Kr.tschmar & S.ns .ootwear it said over the entrance, the ancient building was some sort of villa, bricks, gables, eaves. New windows and a clumsy extension on the left wrecked the elegance. Graffiti tags went all the way up two floors, the colours looked muddy against the yellow bricks, the doors and windows were boarded up. She stood around for a while… Read more

“Ursula Fricker has succeeded in giving the topical issue of the refugee crisis a literary twist, so that her readers can see it from different points of view. She has achieved this without being over-emotional or over-descriptive but objectively and with fine literary skill. This is a magnificent book.” DENKZEITEN