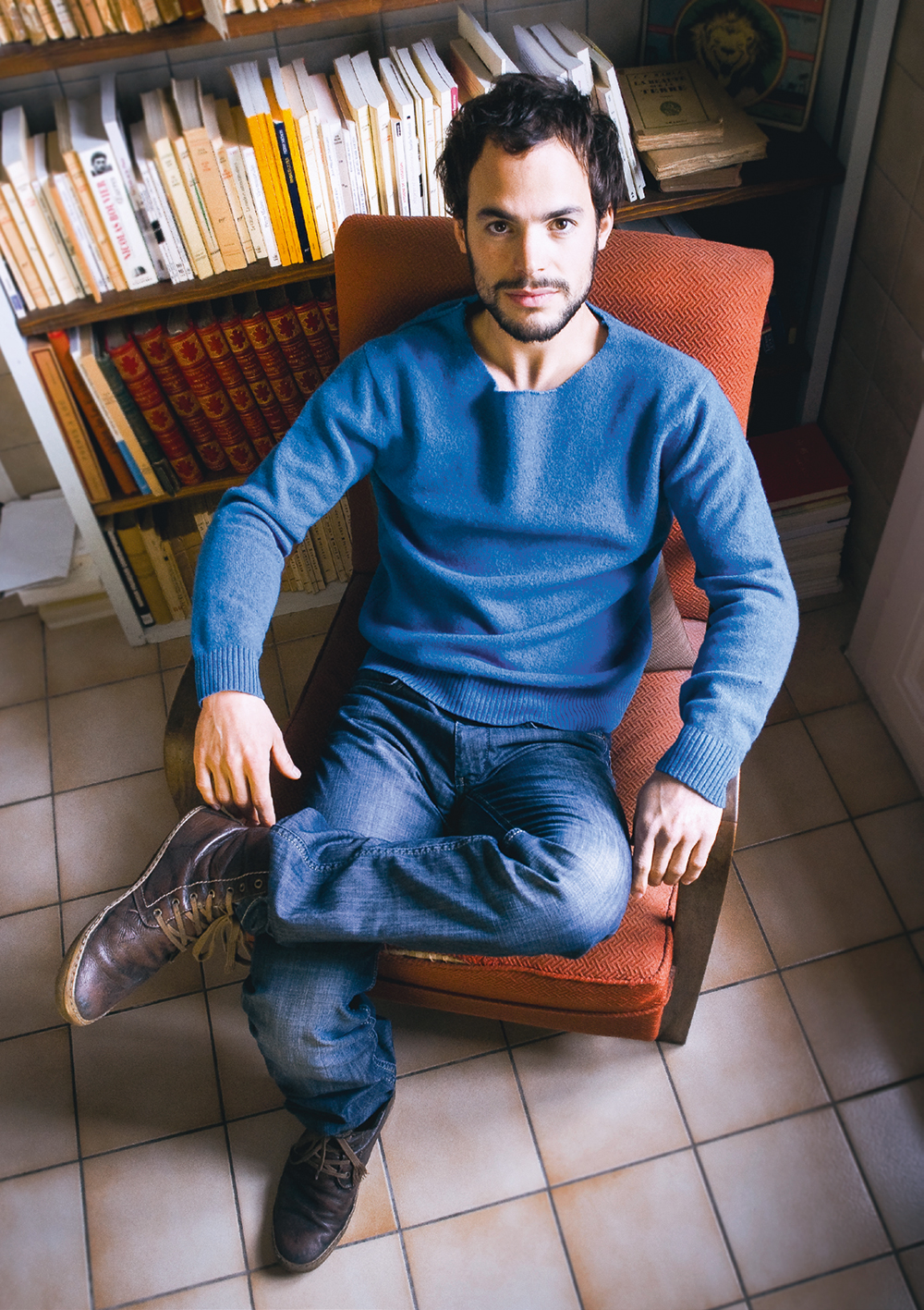 IVAN SALAMANCA was born in Geneva in 1980 and holds dual Swiss and Italian nationality. He has an Arts degree in Japanese and French from the University of Geneva, in which city he teaches French in a secondary school and passionately pursues his career as a writer.
PHOTO © Magali Dougados

A multifaceted account of a young man moving from the city to a village in the mountains. The man is gradually accepted by an older man in the village and falls in love with a young woman, but returns to the city, leaving them behind. Their bond, however, proves too strong to be broken.

The events in this story are evoked with vivid intensity; the characters and the setting feel archetypal, almost timeless. Three narrative strands tell the same story from different perspectives, but the reader needs time to work out how the three voices relate to each other and to piece together the various elements of the story. Each voice has its own distinct viewpoint, and only when they come together as a verbal ‘triptych’ do they achieve a highly readable and nuanced whole, a truly visceral experience. The outstanding quality of the writing is less in the plot than in its lyrical imagery, with passionate descriptions of nature and of archaic mountain life, where labourers build walls and make tiles. All That Glitters… is all about language: how it sounds and flows, how it evokes images, emotion and atmosphere.

Any translator will cherish the creative potential of working on this novel, on the unusual words and striking images that make this text so distinctive. The text will need to be approached as a prose poem: sound, rhythm, imagery and multiple possible meanings will be central to the translator’s decisions. This is a wonderful opportunity for a translator to explore the potential of his or her own language and to craft a translation that functions as a poem in its own right.

“[…] with the last remnants of his curiosity Paul hears a soft, steady, dull breath, the power of the current, resolute, peaceful, and the last faint traces of heartbeats in his chest as his body ceases to struggle – no longer suffocating now, he is borne along, anaesthetised, almost serene, scudding straight through the trails of algae beneath the opaque light of the sky.”