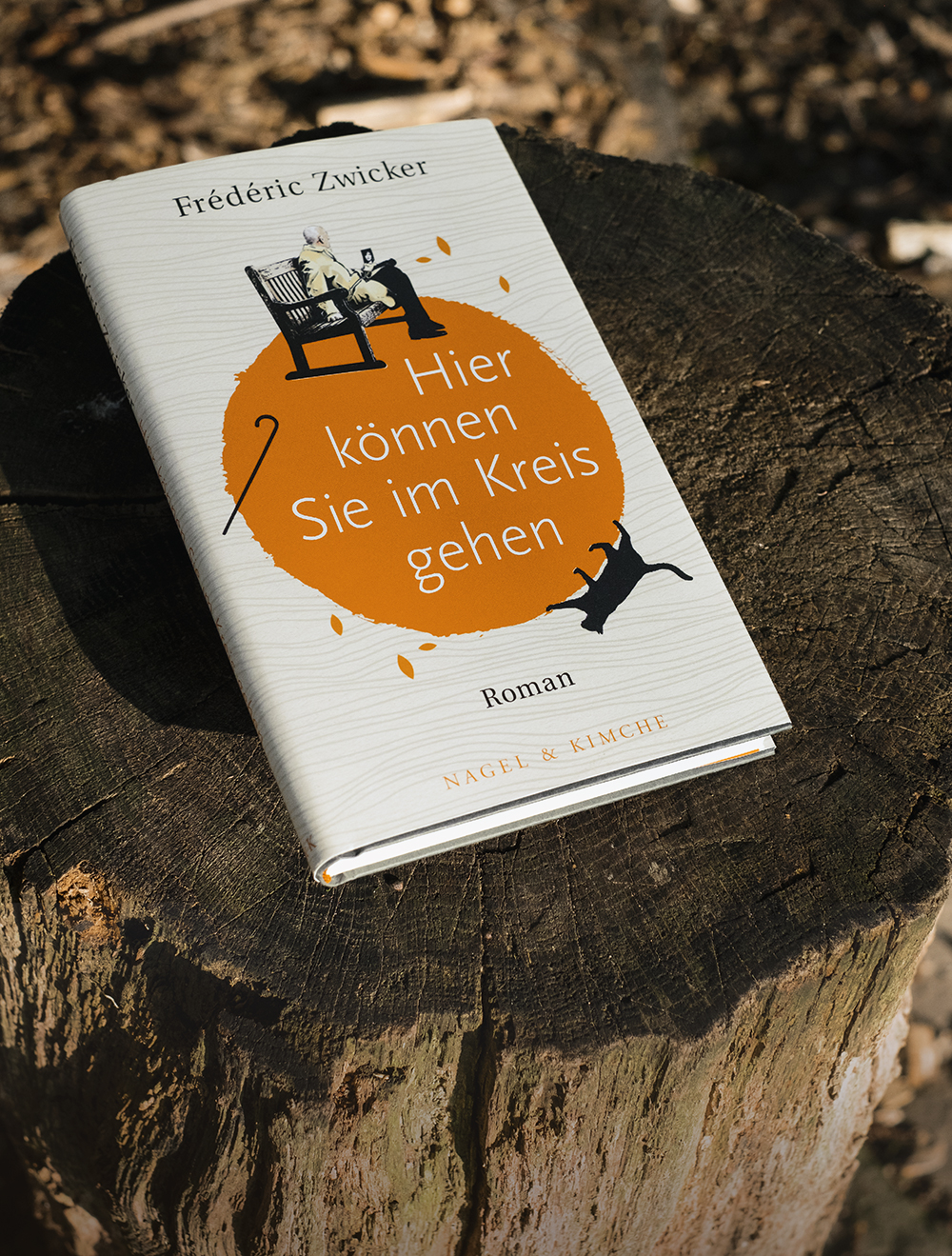 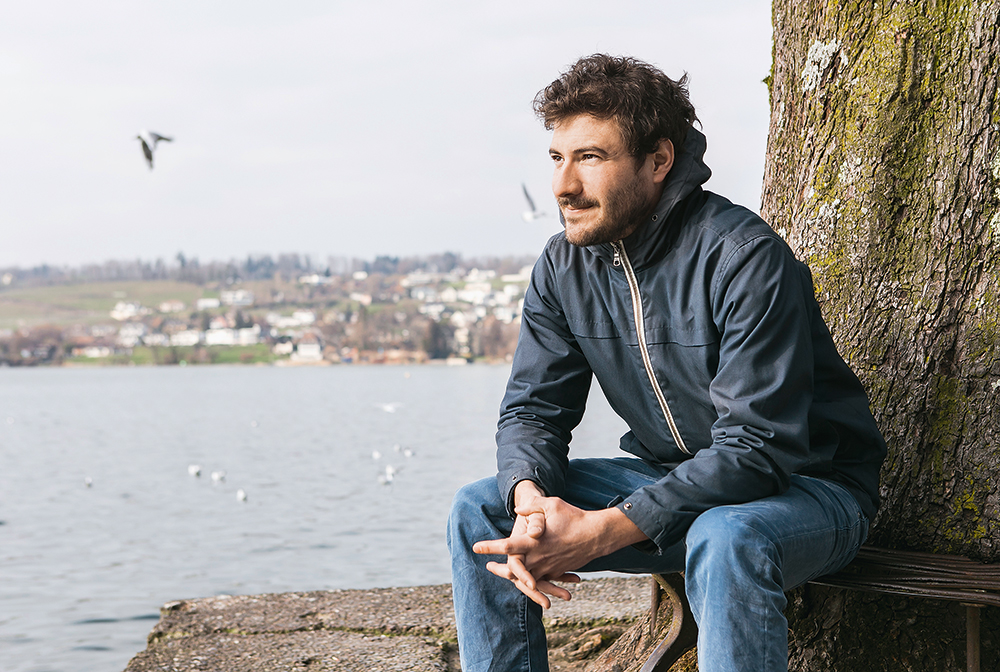 FRÉDÉRIC ZWICKER was born in 1983 in Lausanne and did his compulsory civilian service, in lieu of military service, in a care home. He studied German and has performed as a poetry slammer; he was a gag writer for Giacobbo/Müller (a Swiss satirical TV programme) and is the lyricist and singer for the band Knuts Koffer. He works as a journalist, blogger and columnist. Hier können Sie im Kreis gehen is his first novel.
PHOTO © Anna-Tina Eberhard

Following the death of his wife, ninety-one-year-old Johannes Kehr has had himself put into a care home, faking dementia, in order to avoid being a burden on his family. He spends his days watching his fellow residents and the care staff, finding some small pleasure in playing tricks on them and sneaking out to go on little adventures. He is essentially waiting to die; that is, until his first love Annemarie appears at his care home and makes him want to escape his self-imposed hiding place.

Going Round in Circles is told from the point of view of Johannes, an elderly care home resident, who is actually faking his dementia and waiting to die, surrounded by emptiness and inactivity. In this debut novel, Frédéric Zwicker draws on his own experiences of working in a care home in order to give a voice to a group of people who are often marginalised in our society. We experience in detail the mundane goings-on in the home as Johannes studies his fellow residents; we learn how sharing their stories is their only hope of creating value and meaning in their lives. He refuses to share his own memories with anyone, but the book is punctuated by his life story, which he reveals by speaking to a photo of his granddaughter, embracing the defining moments of the twentieth century in the process. Everything changes when Annemarie, his first love, moves into the same care home. His romantic feelings for her come back, as if the two of them hadn’t been apart for nearly seventy years. For her sake, he even wonders whether to abandon his subterfuge…

The book is written in a sparing and leisurely tone; it’s funny at times, but also desperately sad as we read about the many tragedies in Johannes’ life. Despite the inevitability of the ending for our unusual hero, we are compelled to read on, eager to find out about his past, whether this will cast any light on the reasons for his deception and whether he will finally reveal the truth. His colourful extended metaphors, often based on animals and interesting idiomatic expressions, create a distinctive voice as he reminisces. Light relief is provided not only through his practical jokes, but also by his comical mishearing, where he claims to have heard something completely different that rhymes with the intended meaning. Translating this humour, whilst maintaining rhyme and meaning, would make for some fascinating and creative translation decisions. Johannes may seem to ridicule the residents’ desperation to tell their stories to anyone who will listen, but ultimately the poignancy of the novel lies in the fact that his story is shared with us.

“All of the memories, childhood, school years, the joy, all of the suffering, the adventures, the love, the tears, the mistakes, the dreams, the whole endlessness, the eternity of their lives, threatens to expire, to disintegrate into meaninglessness, in the whirl of the constantly evolving world and the people in it.”

Amy Bojang is a Norfolk-based translator of German-language literature. During her studies at the University of Nottingham she specialised in German-language post-dramatic theatre and has just been selected by New Books in German for the 2017 Emerging Translators Programme, where she translated an excerpt of Husch Josten’s novel Hier sind Drachen (Here Be Dragons). More recently she has been working on a sample translation of Leonie Swann’s latest novel Gray.