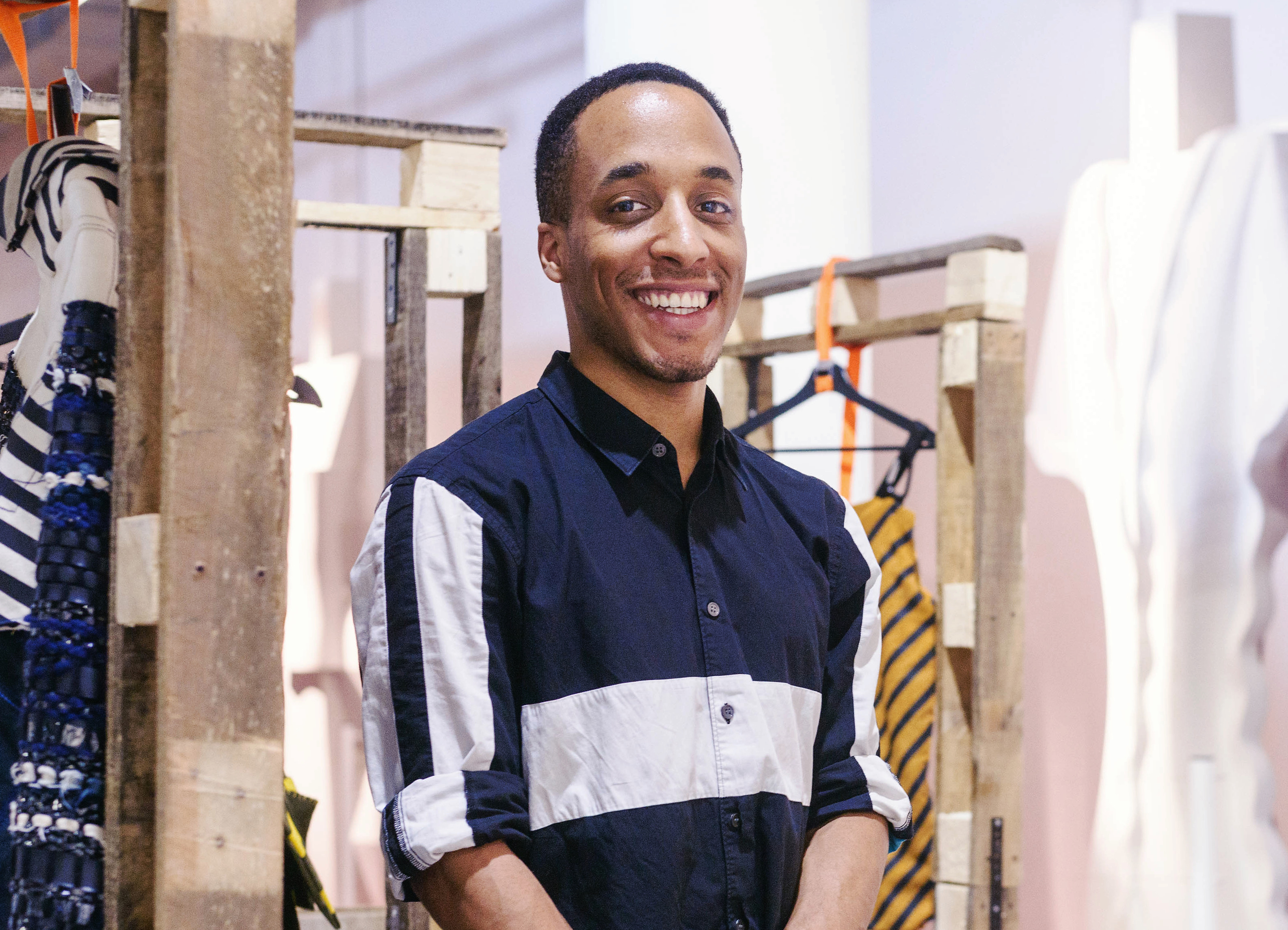 Rafael Kouto grew up in Ticino, earned a Bachelor’s degree in fashion design in Basel and then a Master’s in «Fashion Matters» at the Sandberg Instituut in Amsterdam. In the course of his studies, he worked as an intern at a number of fashion houses in London and Paris. His designs are based on a philosophy of sustainable production and «slow fashion» and are also guided by the principles of the UN’s Ethical Fashion Initiative. His collection «All the nothing that will remain» was displayed at the Salone del Mobile 2018 in Milan among other places and he was one of the winners of the Swiss Design Awards 2018 in the category Fashion and Textile Design.

Rafael Kouto transforms old and used goods into something new and unique. By what is known as upcycling, the Swiss fashion designer turns discarded clothes and textiles into customized new items. Pro Helvetia visited him at his studio in Zurich.

After returning from an internship in Paris, Rafael Kouto started manufacturing garments in his new studio in Zurich. He is at present focusing on the marketing of his first collection called «All the nothing that will remain», which is characterized by a hybrid mix of Swiss and African aesthetics and based on the principle of upcycling.

For his designs, Rafael Kouto obtains discarded clothes and old textiles from Texaid, a collector of clothes for recycling, and transforms them into new and original items. His concept lets customers choose a worn piece of clothing, which he then refashions according to models in his collection.  In the video, he explains how these models are created and what he is currently working on.

Through its Culture and Business programme, Pro Helvetia supported Rafael Kouto in the creation of a prototype for his collection.