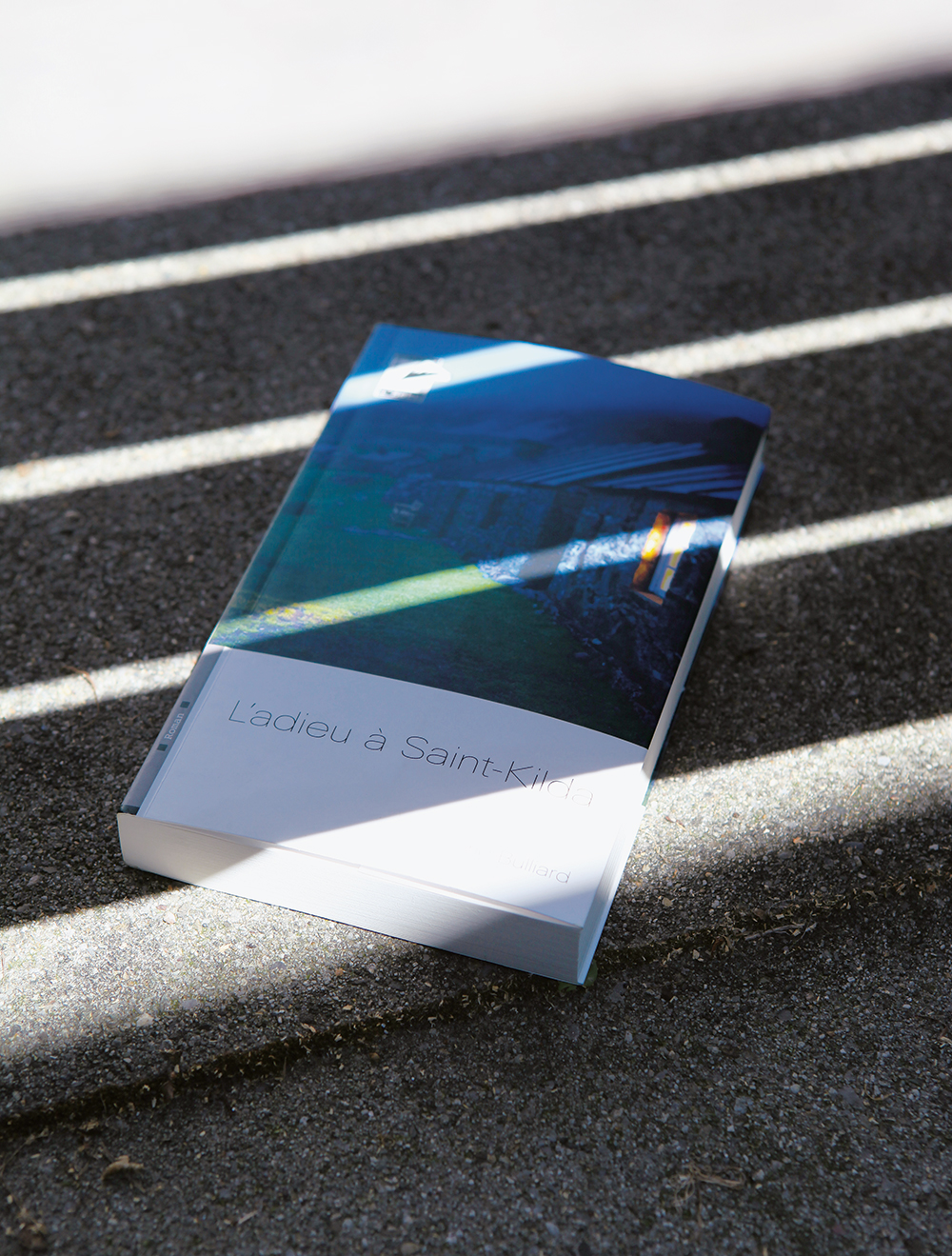 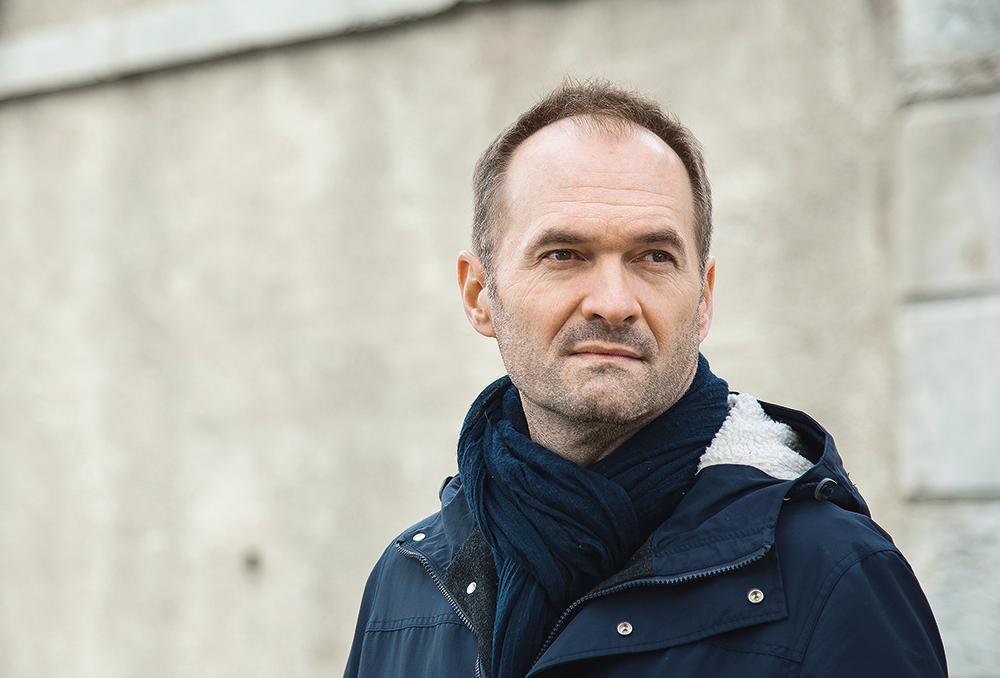 ÉRIC BULLIARD was born in Fribourg in 1970. He studied French Literature and History of Art at the University of Fribourg and works as a journalist and literary critic for the Swiss newspaper La Gruyère. Farewell, St Kilda is his first work of fiction, for which he received the Prix Édouard Rod in 2017. The publisher Hèbe also commissioned the non-fiction collection Naissance d’un classique  (Birth of a Classic), based on Bulliard’s regular features for the Culture section of La Gruyère.
PHOTO © Antoine Vullioud/La Gruyère

In his first novel, journalist Éric Bulliard takes the reader on a journey to the remote Scottish archipelago of St Kilda, known primarily for the evacuation of its inhabitants in 1930. Life in this desperately difficult outpost of the British Isles, with its harsh environment and poverty, had become so hard for the islanders that they pleaded to be taken to the mainland. The evacuation signified the end of nearly 4000 years of human habitation. Bulliard interweaves the story of the St Kildans with the account of his own visit to these faraway islands, blurring journalistic fact with narrative fiction.

Farewell, St Kilda is a double narrative related in both the past and present tense. Described as a ‘novel’, Bulliard’s text combines the partly fictionalised rendering of the lives and travels of the St Kildans with his own experience of journeying to the remote archipelago, blending fact and fiction in an empathetic form of narrative journalism. While there are many historical texts about St Kilda – Bulliard includes a list of references at the back of the book – his text differs by portraying the population of St Kilda as more than just victims of an outdated way of life. He conjures up the inhabitants, their discussions about whether or not to evacuate Hirta, the main island, and also imagines earlier St Kildans leaving their home for Canada and Australia in search of gold, and a different life. Some of them returned to their home, which reflects Bulliard’s underlying question: what is the strange allure of St Kilda which still persists?

Numerous books, articles, films and documentaries have been made about St Kilda, which testify to the sustained interest in the UK and abroad. Yet Bulliard adds an outsider’s perspective: he describes the harsh environment – a feature common in Scottish writing about the land, drawing attention to its Calvinist heritage – and introduces pauses for reflection, often self-reflection, on his and other tourists’ motivation in exploring the archipelago. In his vivid descriptions of the inhabitants, giving them a voice for the first time, Bulliard combines the historical accounts and mythology around St Kilda that inspired many artists and writers. But by simultaneously reminding the reader of the nitty-gritty reality of life on St Kilda before the evacuation, and the harsh conditions of present-day Hirta for travellers, he avoids any hint of romanticism: descriptions of the nauseating boat journey, of endless fog and rain, of the smell of damp clothes and sheep poo erase all romantic nostalgia from his account.

The translator is faced with the same challenge of maintaining that fine balance between empathy with, and even admiration for, a population that survived famines and mass-exodus while maintaining its ancient way of life and avoiding the pitfalls of a false romanticisation of their lives. Research into historical facts, locations and sites, and terminology specific to island and marine life, would also be required of the translator in order to produce a text that enhances the more philosophical and societal aspects of this novel, helping it stand out – as it does in the original – amongst the many works already created about St Kilda and its inhabitants.

Click here for a SAMPLE TRANSLATION by Rebecca DeWald

“And who really remembers St Kilda and its inhabitants?”

Rebecca DeWald is an editor and bilingual translator (English and German) of English, German, French and Spanish with a PhD in Translation Studies from the University of Glasgow. She has published articles on Jorge Luis Borges, Franz Kafka, Virginia Woolf and modernist translations. She co-edits the Glasgow Review of Books and contributes to PEN Translates, New Books in German and The SALSA collective. Some of her literary translations have been published by the Free Word Centre, No Man’s Land and 12 Swiss Books.