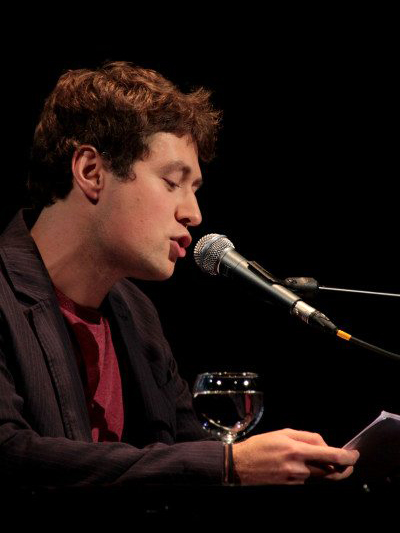 Dmitrij Gawrisch was born in Kiev in 1982, grew up in Berne, and studied economics and business management. In 2010 he moved to Berlin and took up writing full time. Gawrisch is the award-winning author of plays such as «Brachland», «Mal was Afrika» and «Lessons of Leaking», which have been produced on numerous stages in Switzerland and abroad. He is also a prose writer, regularly contributing to the renowned journal «Reportagen». For «Sotschis Soundtrack» – a piece commissioned by «Reportagen» and supported by Pro Helvetia – he developed a new form of narration, merging literary reportage, theatre and audio drama. In 2016, the piece won a «Deutscher Reporterpreis» nomination for the best German language reportage.

In Autumn 2017, dramatist and prose writer Dmitrij Gawrisch spent one month at Ledig House in Ghent/New York. The location is run by an NPO and hosts international artists, who are tended by a grandmotherly lady. Around ten authors are in residence there at any one time, and they can dedicate themselves fully to writing. At weekends, Ledig House hosts networking events enabling the writers to meet up with literary agents, publishers, film producers and the like. In the following report, Dmitrij Gawrisch gives a wryly witty account of his impressions.

(…) It is Rita who drives up to Ledig House in her dark blue car every evening, Rita carries bags with fresh, mostly locally produced comestibles into the kitchen. There she prepares savoury dishes for us with recipes from all over the world. While we’re eating and telling each other titbits of our lives and cities, we don’t hear Rita cutting up fruit in the kitchen. The next day she puts pleasure before health and serves us chocolate or sweet apple pie as dessert. Only once does she let herself be enticed to join us at the long dining room table for the meal she has prepared. However, we seem to produce too little interest in her childhood, her marriage, her children, the way she arranged the house. The only story she manages to get across is one about her grandson, before the conversation turns back to American literary scouts (…). At a certain point Rita gets up and returns to the kitchen, leaving her wine glass and bad conscience behind at the table. (…)

The full text by Dmitrij Gawrisch in German as PDF

We are looking for projects that enable critical reflexion among a variety of social groups and contribute to a diversification of voices in debates around Swiss artistic and cultural production.
Application deadline: 1 March 2023