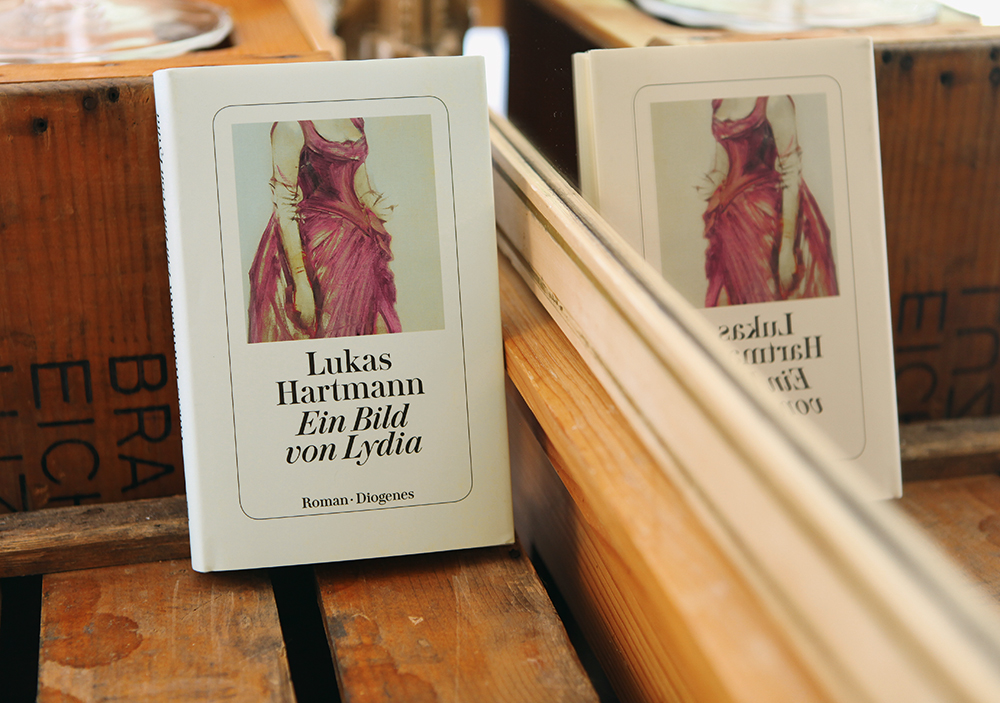 LUKAS HARTMANN, born in Bern in 1944, studied German literature and psychology. He used to be a teacher and journalist. He now lives near Bern and writes books for both adults and children. His novels place him on the Swiss bestseller list time and again. In 2010 he received the Sir Walter Scott Literature Prize for Bis ans Ende der Meere (To the End of the Sea). For A Portrait of Lydia he was awarded the Literary Prize of the canton of Bern in 2018.
PHOTO © Bernard van Dierendonck

It is the beginning of the 1890s. A scandalous report shakes Switzerland’s establishment to the core: Lydia Welti-Escher, daughter and heiress of the country’s greatest business magnate, has absconded with the painter Karl Stauffer-Bern. A Portrait of Lydia imaginatively reconstructs what led up to this adulterous liaison and depicts compellingly how, in its aftermath, the patriarchal ranks closed against her.

Like Edith Wharton’s heroines, Lukas Hartmann’s Lydia lives in a gilded cage. She is intelligent, takes a passionate interest in the male-dominated world of art and desires to be more than patron or muse. But she is constrained by upper-class conventions, financially under her husband’s control, and emotionally dependent on Stauffer. Both men, it seems, may have designs on her money. Lydia’s father-in-law, a domineering cabinet minister, also intrigues against her: he has her wrongly committed to an asylum and Stauffer imprisoned, on the trumped-up charge of raping a woman incapable of consent. As the plot builds towards its climax, an atmosphere of menace pervades the novel. Lydia’s unstable moods and conflicting impulses are dramatised vividly. The disquieting events are observed from the perspective of Luise, Lydia’s maid, who develops from an inexperienced fifteen-year-old to her mistress’s loyal and trusted companion. This adds subtlety to the narrative, as the reader’s knowledge of the enigmatic Lydia and Karl is limited to what Luise can glean and conjecture. Luise’s prominent role enables Hartmann to contrast life above and below stairs; and, despite the women’s increasing closeness, to contrast Lydia’s deepening gloom with Luise’s brighter prospects.

All of Lukas Hartmann’s bestselling historical novels would lend themselves well to translation. A Portrait of Lydia especially seems predestined to appeal to the large audience for neo-Victorian fiction. Hartmann’s fluent, well-crafted sentences are clear but atmospherically evocative, firmly anchored in everyday realism but able to convey symbolic depth. Translators would surely enjoy immersing themselves in this well-researched and richly imagined historical world and bringing it back to life in their own language.

Click here for a SAMPLE TRANSLATION by Alan Robinson

“The death notice had given the wrong day for the funeral, deliberately, Luise suspected, so that only those in the know would have the correct date, for the event was intended to attract as little attention as possible.”

Alan Robinson is Professor of English at the University of St Gallen and has published widely on British and North American literature and on German and German Swiss authors. He was recently selected to take part in the New Books in German Emerging Translators Programme.