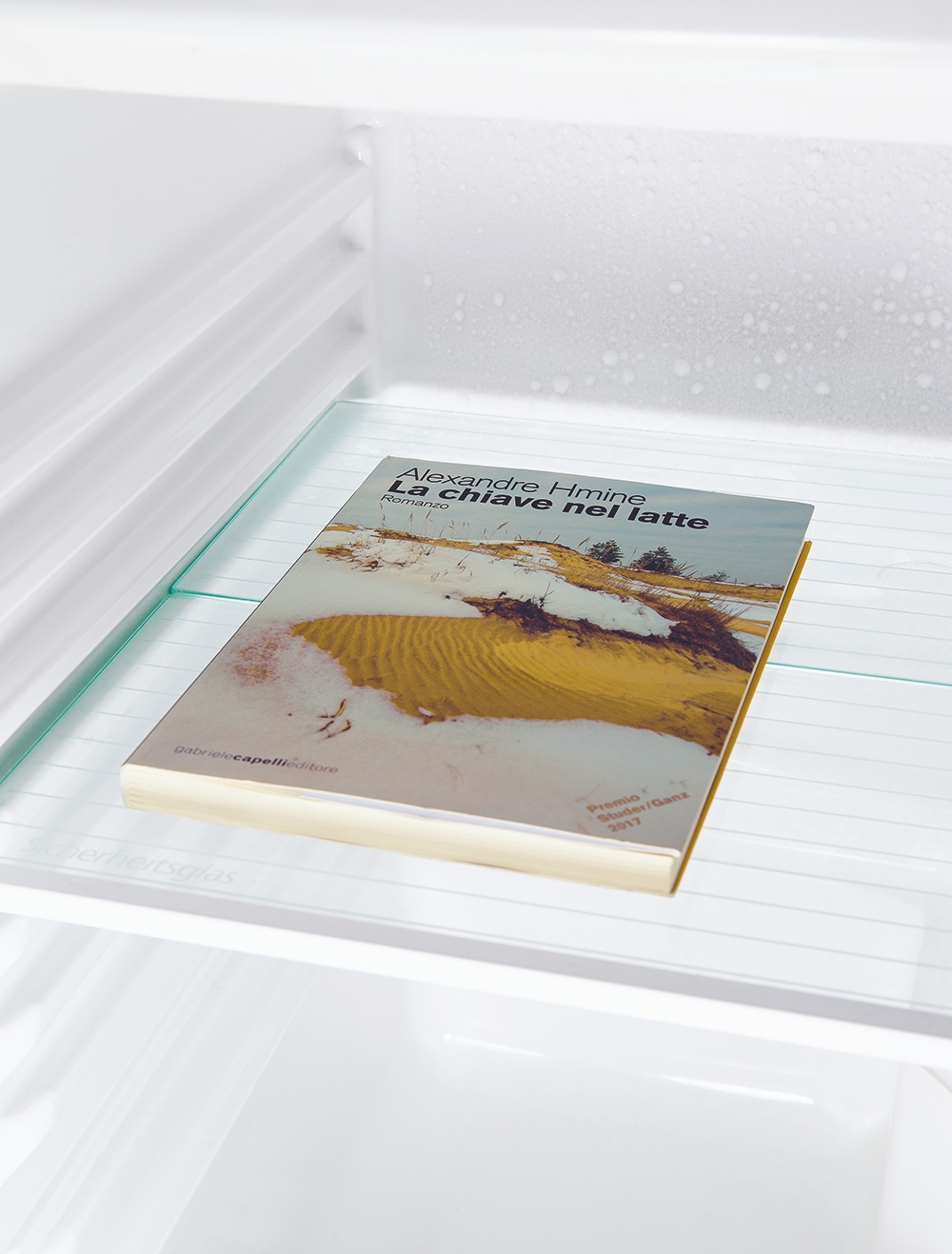 ALEXANDRE HMINE was born in Lugano in 1976. He has worked as a national and regional journalist in Switzerland, and has taught Italian in secondary schools since 2004. His debut novel The Key in the Milk won the Studer/Ganz Prize in 2017.
PHOTO © Andrea Mazzoni

This coming-of-age novel tells the story of a Moroccan boy growing up in Ticino in Switzerland, where his teenage mother leaves him in the care of an elderly widow, Elvezia. Spanning the period from early childhood to university and the beginning of his teaching career, the un-named protagonist recounts moments from his everyday life with Elvezia and his school friends. He describes his teenage years and growing curiosity about the opposite sex. He also visits his birth mother and stepfamily, where he learns about Muslim customs and his Moroccan heritage. Balancing his two lives, acquiring two passports, feeling the pressure to explain himself to those around him, the boy develops the suspicion that he doesn’t really fit in anywhere.

The Key in the Milk is a unique coming-of-age story: beautiful snapshots of childhood and adolescence as an outsider, underpinned by an uncertain sense of identity. The story progresses in fragments, in memories brought to life by the voice of the narrator through childhood toys, religious festivals, football games, tennis practice, teenage crushes and exam failure. All this is interspersed with trips to Casablanca, a city the protagonist visits for the first time at the age of ten and which he instinctively rejects. Hot, bustling Casablanca with its Arab customs seems more foreign to him than his small town in the Ticino mountains. Although Switzerland feels like home, he can’t help but ponder his identity, raising questions for himself and the reader right through to the final pages: where do any of us come from? Can we truly belong anywhere but in our own memories?

Alexandre Hmine uses brilliantly spare prose to recount his narrator’s memories, following his train of thought from one snapshot to the next. Hmine realistically evokes the way we recall the past, as a combination of vivid, minute details, emotions and smells, with gaps, spaces for the things we perhaps didn’t realise at the time. Each word is carefully chosen to demonstrate the natural way children absorb different cultures and languages.

Recreating this gentle tone and juggling the mixture of Italian, French, Arabic and Swiss dialect, thoughtfully employed by the author to contextualise his characters, will prove an irresistible puzzle for the translator bringing this delightful voice into another language.

Click here for a SAMPLE TRANSLATION by Ruth Clarke

“I remember the gaudy colours from photographs and postcards, the scent of spice I’d heard about, the rhythms of African drums, the documentaries they show in Europe, and I wonder what strange mirage I’m living in.”

Ruth Clarke is a translator from Italian, French and Spanish into English. She has translated an eclectic range of work by authors from Benin to Venezuela, including Cristina Caboni’s debut novel The Secret Ways of Perfume. Ruth is a founding member of The Starling Bureau, a London-based collective of literary translators established to bring top quality books to publishers.