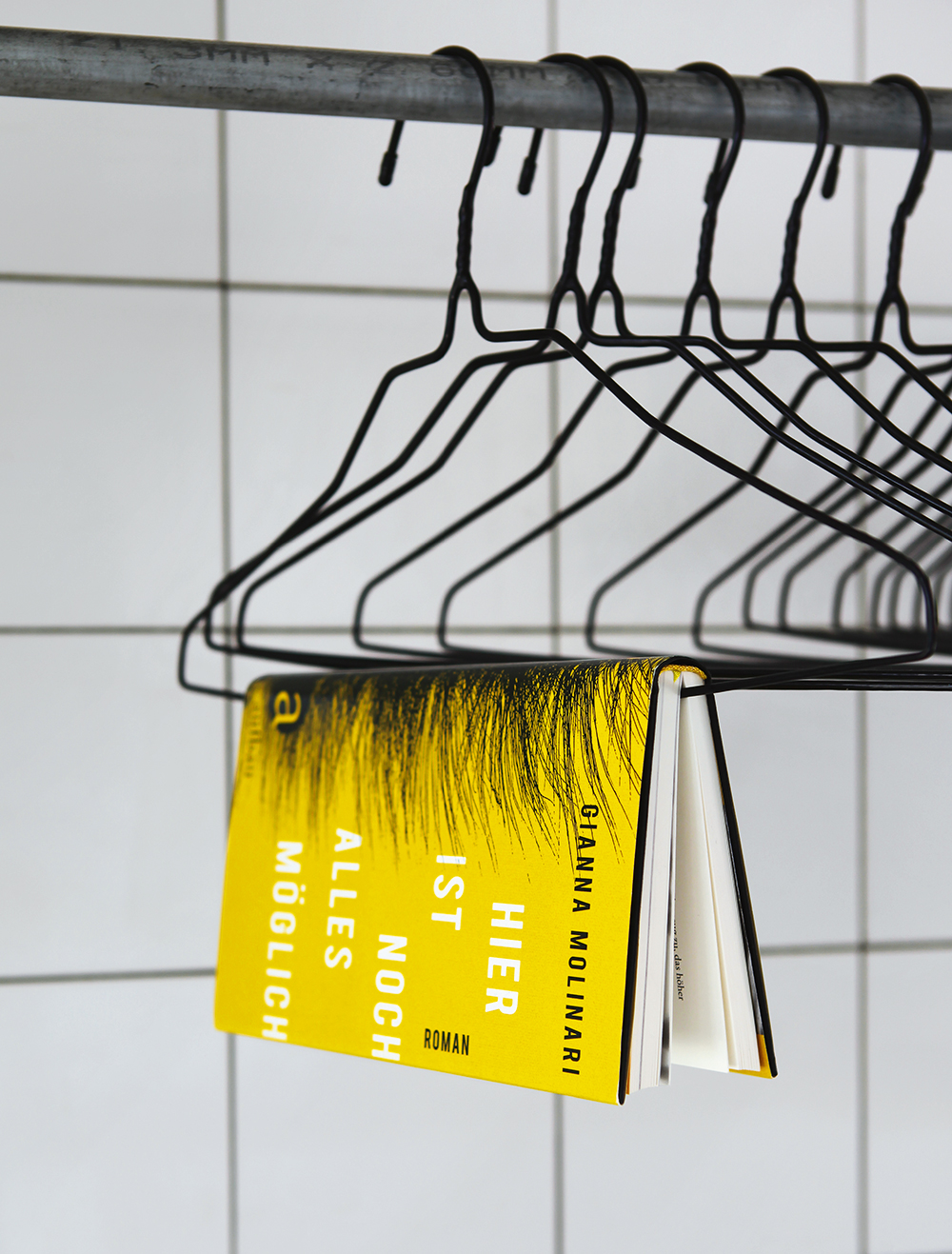 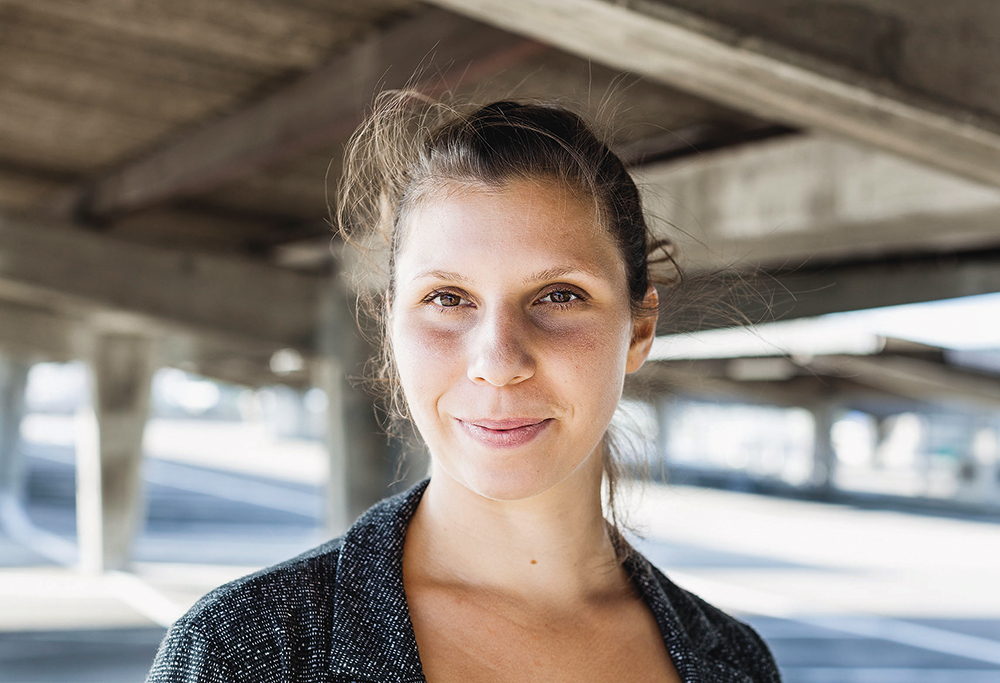 GIANNA MOLINARI was born in Basel in 1988. She studied Literary Writing at the Swiss Literary Institute in Biel and Modern German Literature at the University of Lausanne. She lives in Zürich, where she co-founded the art action group Literature for World Events together with Julia Weber, with the aim of helping refugees. In 2012, she received the first prize at the MDR literature contest, in 2017 she was awarded the 3sat Prize at the Ingeborg Bachmann Prize, and in 2018 she received the Robert Walser Prize. Anything Could Happen Here is her first novel.
PHOTO © Christoph Oeschger

After reports of a wolf sighting, the owner of a soon-to-be decommissioned cardboard factory employs extra security. The new night watchwoman takes up residence on site, monitors nocturnal activity, reluctantly sets traps and snares but soon learns about a bank robbery and a corpse in the nearby woods. This much is clear: the wolf is not to blame.

Gianna Molinari’s debut novel oscillates, almost levitates. Its language is crystal clear, even childlike at times, but the overall effect is strangely ethereal, unnerving and hard to pin down. The book skips back and forth between loosely interrelated stories and sketches, myth and reportage, fairy tales and photographs: a phantom wolf, fictional islands, a factory in decline, a robbed bank, a man who fell to Earth, false accusations, potentially an asylum seeker. It is up to the reader to supply the possible links between these fragmentary places and characters, to assemble them into a meaningful collage. In that respect the possibilities are endless. Hence the title. This is an ambitious debut that deftly plays with expectations of fact and fiction, disbelief and credulity.

It is also an important reflection on European perceptions of the ongoing refugee crisis. Molinari’s central narrative is the real unexplained tragedy of an African man whose body was discovered in woodland in a small town several kilometres east of Zürich airport. It is thought the man was from Mozambique and had stowed away in the landing gear of a European aircraft, though experts say he would have frozen to death long before the undercarriage was lowered over Switzerland. He was never identified.

Told as it is in clean, lucid prose, this tragic but compelling story and its fictional framework will virtually translate themselves. The only potential difficulty will be in reproducing Molinari’s lightness of touch and her childlike attitude toward the unthinkable.

Click here for a SAMPLE TRANSLATION by Jonathan Blower

“There are visible borders at the edge of the woods, between land and water, between light and shade, the walls of my building and the fencing around the factory. These borders are easy to see; others are not.”

Jonathan Blower translates German texts on the visual arts. As translator in residence at Hellerau in Dresden he has recently been working on the writings of Caspar David Friedrich. His co-translation of the selected writings of Swiss curator Harald Szeemann was published by Getty Publications earlier this year.