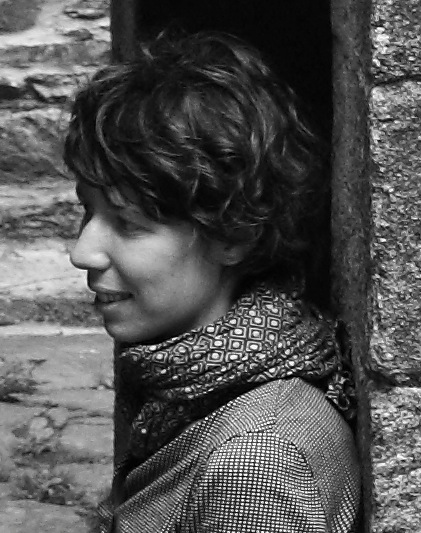 Gaëlle Cogan is a Franco-American translator living in the French-speaking part of Switzerland. She graduated in language and literature (with the emphasis on English language and literature) at the École Normale Supérieure and has a Masters degree in language, literature and foreign cultures from the university of Sorbonne-Paris IV. Together with A’Dora Phillips, she published a translation of Marina Tsvetaeva, «Letter to the Amazon», at Ugly Duckling Presse in 2016. Her subsequent translation of a collection by Amy Clampitt, «A Silence Opens», was supported by a grant from Pro Helvetia and a residency at the Collège International des Traducteurs Littéraires in Arles. She is currently working with A’Dora Phillips on the translation of a further piece by Marina Tsvetaeva, «Nine letters with a tenth withheld and an eleventh received». Her work is regularly published in the French journal «Rehauts».

Translator Gaëlle Cogan from the French-speaking part of Switzerland spent one month at the Collège International des Traducteurs Littéraires (CITL) in autumn 2017. Located in the centre of Arles in the west wing of the former «Hôtel-Dieu», the CITL offers an ideal infrastructure and atmosphere for translators of literature from around the world. One of its most valuable features is the possibility of exchange among a variety of literary practitioners, since the institution attracts not only translators, but also authors, linguists, and scholars of literature, who are often alone in their everyday pursuits. During her stay at the CITL, Gaëlle Cogan worked on the translation of «A Silence Opens» by American author Amy Clampitt. In her report (see excerpt below), Gaëlle Cogan presents a vivid image of her experiences and impressions during her residency in Arles.

Excerpt: «At Arles, where the Rhône stagnates»

(…) Pushing open the front door, which gives me a view of a spacious living room and then a long row of studios each housing a translator, I imagine all the good things awaiting me here: long night-time walks with S., a brilliant translator from Chinese, who will tell me about his youth spent in the company of the AIDS activist group Act Up in Paris in the 1980s; learned breakfasts opposite M., who translates Yves Bonnefoy into Arabic and who prefers working in a noisy environment; day-and-night access to a translators’ library; an uninterrupted tête-à-tête with Amy Clampitt, the American poet whose latest collection, A Silence Opens, I am here to translate.
At the heart of «A Silence Opens», Amy Clampitt slips in a translation from Canto IX of Dante’s Inferno: «As at Arles, where the Rhone stagnates, (…) the sarcophagi make all the ground uneven». The discovery of this fortuitous allusion, this link between the text to be translated and my coming to Arles, feels like a wink in my direction. (…)

The full text by Gaëlle Cogan in French as PDF