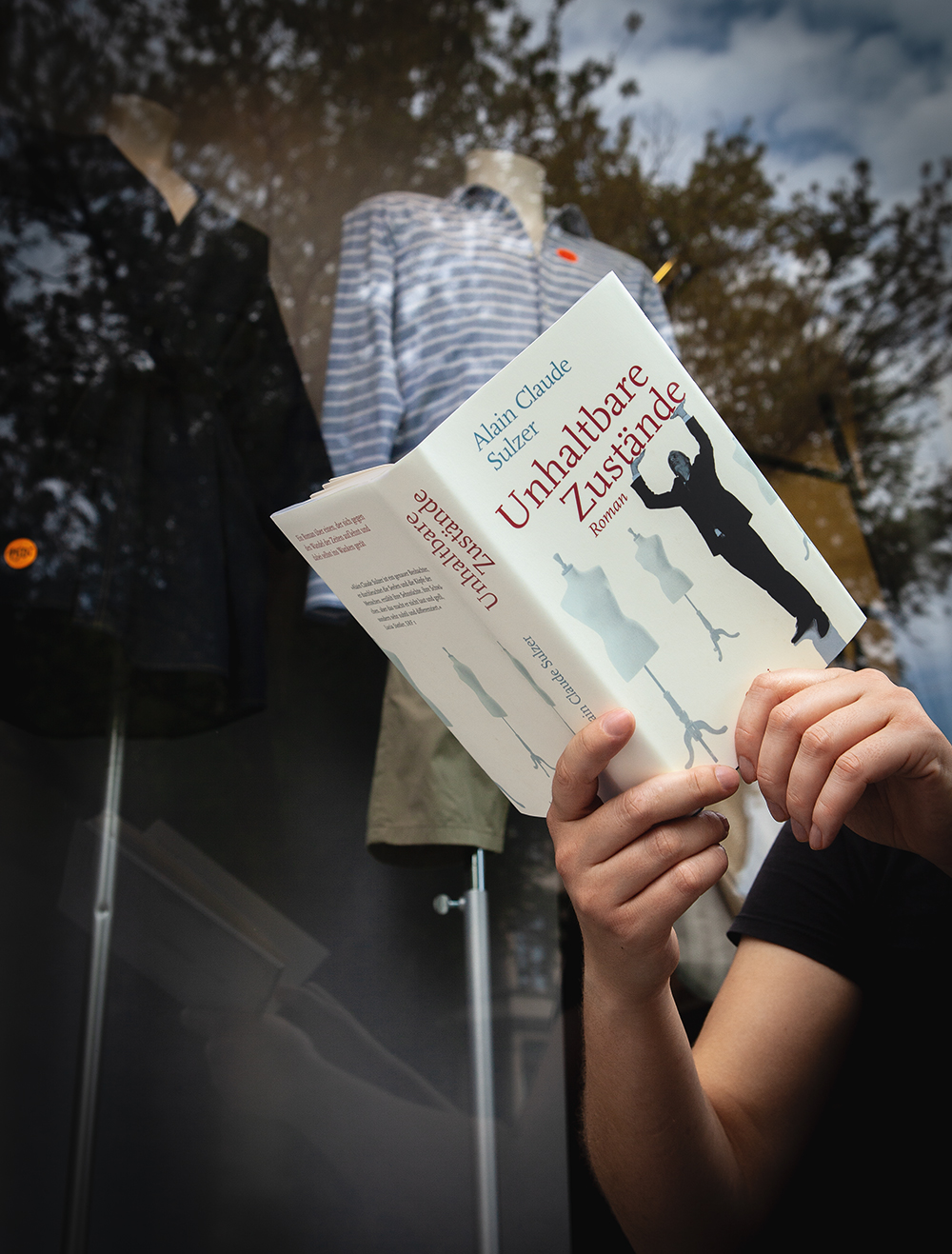 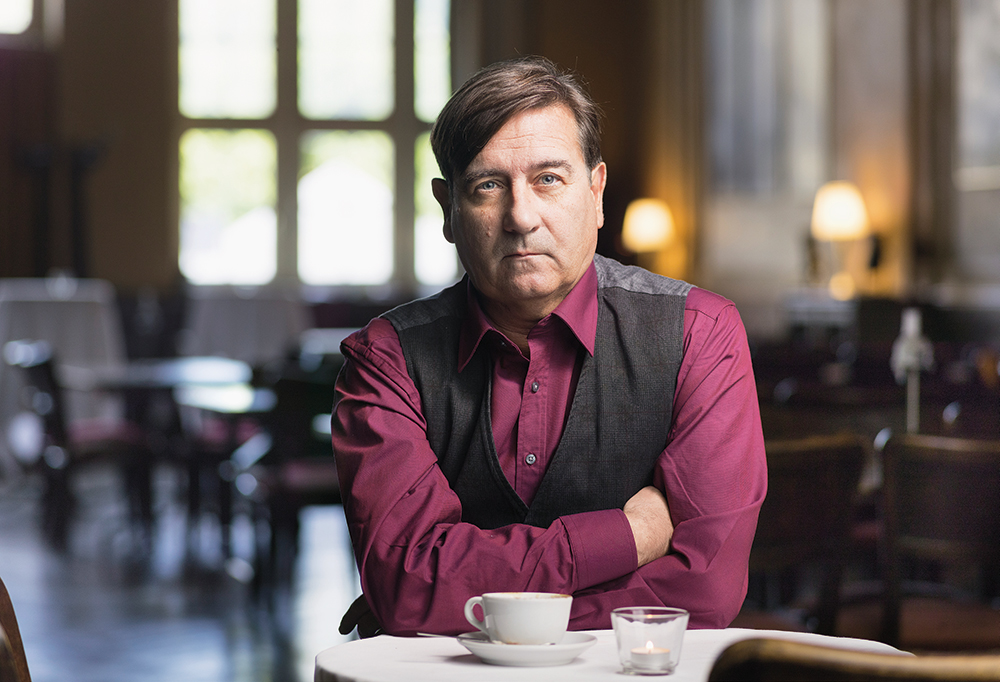 ALAIN CLAUDE SULZER was born in 1953, and works as a freelance writer in Basel, Berlin and Alsace. He has published a number of novels, including the recent bestsellers Zur falschen Zeit (At the Wrong Time) and Aus den Fugen (Going to Pieces). His books have been translated into all major languages. He has won several prizes for his work, including the Prix Médicis Étranger, the Hermann Hesse Prize and the Culture Prize of the City of Basel.
Photo: Gaëtan Bally, keystone

Stettler is an aesthete who lives for his work, and particularly for the moment when his newly decorated window display is ceremonially unveiled at the Quatre Saisons department store. Customers, passers-by and the managing director all adore his creations. Until suddenly everyone’s talking about the ‘new age’ which has apparently dawned. What could this be, since over the last 30 years his creations have always captured the spirit of the times? Stettler, who is almost 60, finds that the arrival of the 1968 protest movement changes everything. Suddenly a new employee is put in charge of the window displays… and it’s now Stettler’s life that’s turned upside down – except for one thing: his enthusiastic pen-friendship with the pianist Lotte Zerbst. Their first-ever meeting lies ahead, as Lotte has been invited to perform at a concert in Switzerland.

Up to that moment, Stettler had been a contented man; his life ran along calm, orderly lines, with no great tragedies or overwhelming joys. His mother remained an important influence on him up to her death – including in aesthetic matters. His correspondence with Lotte Zerbst transports him into the world of great art and music. Yet the pianist, it turns out, is a crushed and lonely figure who had hoped for more from her life and career. The ‘new age’ is not auspicious for her, either. Stettler feels threatened by all these new things, and particularly his younger work colleagues. He resorts to spying on his rival and dreams up acts of revenge, contemplating actions and emotions previously totally alien to his scrupulous and emotionally balanced nature. Thus the new age provokes change even in those who would prefer to ignore it. Moreover, this is a novel about a man fighting battles he is doomed to lose, against social change and old age – and he is not alone in this. Both Lotte and Stettler cling to tiny glimmers of hope and indulge in fanciful ideas. What would happen if Stettler sat naked in the display window? Would that be in tune with the new age?!

Alain Claude Sulzer’s novel goes inside the head of someone whose values, convictions and skills are no longer required or valued. In a clever narrative move, Sulzer sets the story in 1968 and not today, which means that Stettler’s inner chaos and uncertainty are reflected in the shocks triggered by student unrest.

Alain Claude Sulzer’s novel Intolerable Conditions is a shrewd, sensitive and witty work which shows what a time of upheaval can mean for individuals – then and now.

Click here for a SAMPLE TRANSLATION by Steph Morris

“Seduce them and you’ve got them in the palm of your hand. And once there, they’ll come into the shop. They’ll look around and discreetly check their purses. It must be love at first sight.”