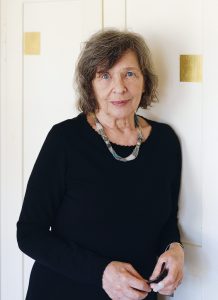 Zsuzsanna Gahse was born in Budapest in 1946. In 1956 she fled to Vienna with her family and attended grammar school there and in Kassel, Germany. Her first literary work in German was published in 1983. Since 1998 Zsuzsanna Gahse has lived in Switzerland. She has received numerous prizes, both as a translator and as an author.
Photo: Christian Beutler, keystone

On 14 February 2019, Zsuzsanna Gahse was awarded the Swiss Grand Prix for Literature for her life’s work. Her oeuvre consists of over 40 books which oscillate between poetry and prose. Jury member Ruth Gantert described Gahse’s work in her laudatory speech as follows:

Right from the start, Zsuzsanna Gahse’s books have inhabited the space between prose and poetry. She blurs the lines between genres, combining essayistic passages with poetry, dramatic texts and ‘narrative islands’. Zsuzsanna Gahse calls such experiments ‘Störe’ – the German name for ‘sturgeons’, but which also recalls the word ‘stören’ for ‘bother’ or ‘disrupt’. In other words, shimmering fish that alter their appearance, elude capture and can transform themselves at any time. And disrupt, in the best sense of the word. […] For Zsuzsanna Gahse, verbal wit and irony are not simply playful but express a critical view of society and politics, although without pointing the finger. Light as her work may seem at times, the dark themes of life are also present: social injustice, collective and private suffering, illness and death. For example, one of her books is haunted by a man who lays his shabby fur coat on the parapet of a bridge and throws himself into the Danube. Ferdinand, the waiter, also kills himself by leaping off Mount Pilatus. Meanwhile, the author never psychologises: she always remains unsentimental and avoids pathos. 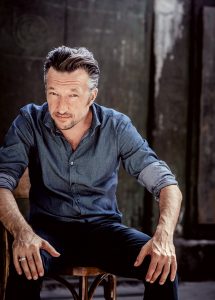 Lukas Bärfuss, born in Thun on 30 December 1971, is a playwright, storyteller and essayist. He is one of the most successful German-speaking dramatists. His plays have been translated into around a dozen languages and are performed throughout the world. Bärfuss is also a very successful storyteller. His novel Koala won the Swiss Book Prize in 2014. Lukas Bärfuss regularly presents the public with trenchant essays and contributions to the debate on political events. His volume of essays entitled Stil und Moral (Style and Morality) was published in 2015, and a volume entitled Krieg und Liebe (War and Love) appeared in 2018.
Photo: Claudia Herzog

The German Academy for Language and Literature has awarded the Georg Büchner Prize for 2019 to the writer Lukas Bärfuss. The prize will be presented in Darmstadt on 2 November 2019. The jury honored the author as follows:

By awarding the prize to Lukas Bärfuss, the German Academy for Language and Literature is honouring one of the outstanding storytellers and dramatists of contemporary German-speaking literature. His distinctive yet enigmatic imagery, which is sparse, limpid and clear-cut, is pervaded by a tense awareness of political crisis and the ability to use individual examples for social analysis, together with psychological sensitivity and a commitment to truth. With great stylistic confidence and using a rich variety of forms, his plays and novels constantly explore new and different existential situations in modern life. These qualities also characterise Bärfuss’ essays, in which he casts a fearlessly searching, wondering and appreciative eye on the world of today.