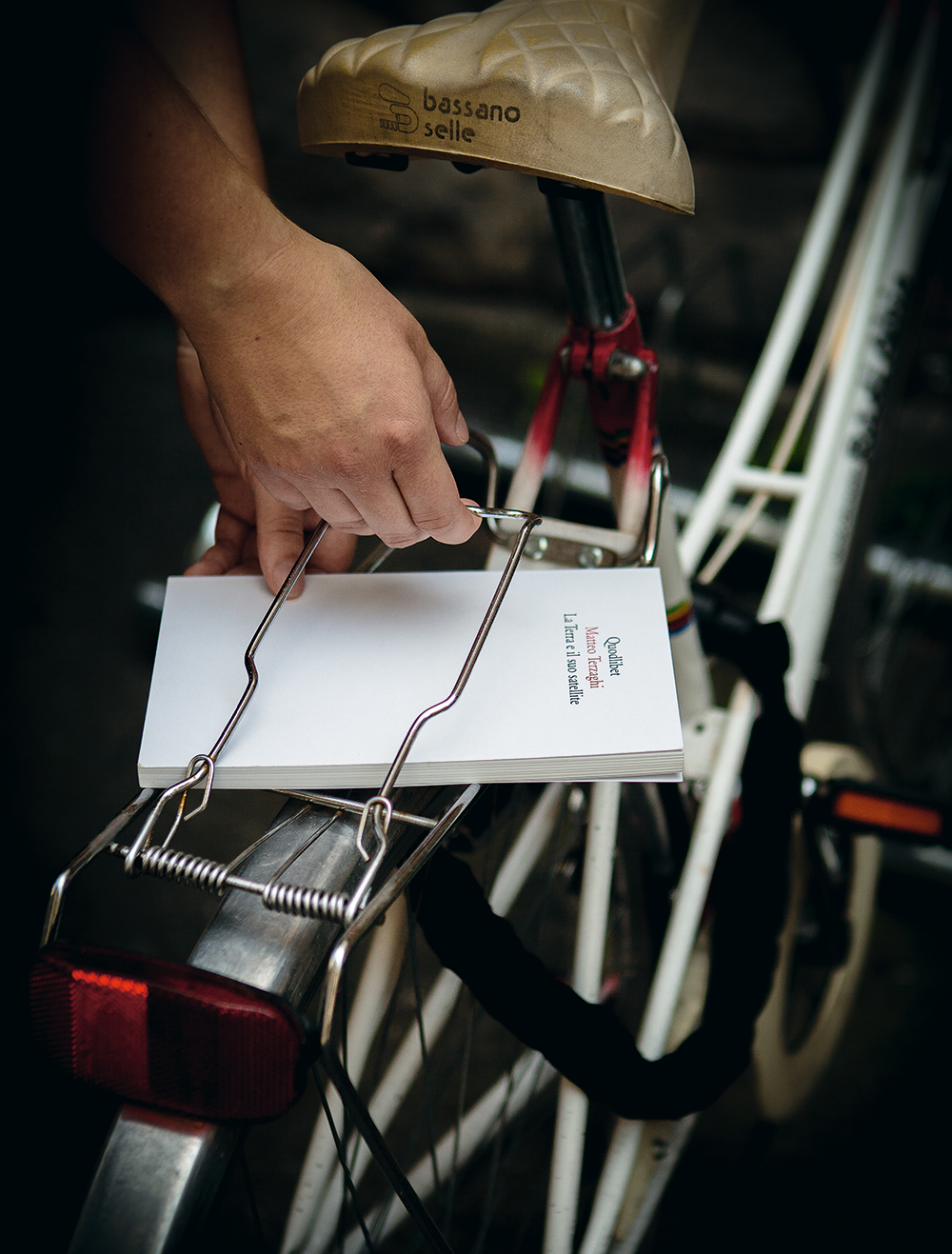 THE EARTH AND ITS SATELLITE
Matteo Terzaghi 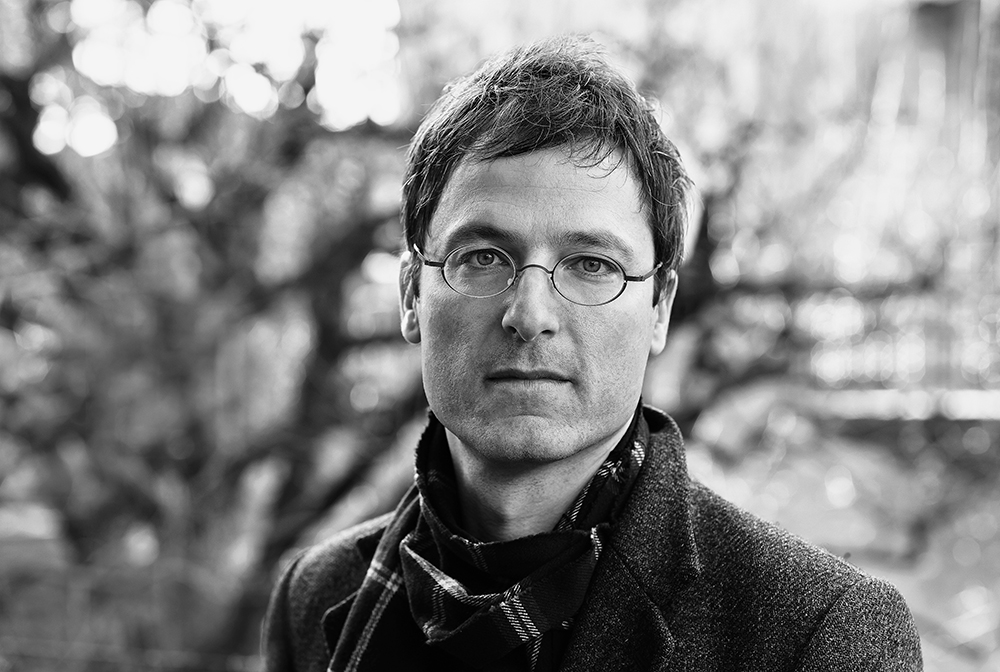 MATTEO TERZAGHI was born in Bellinzona in 1970. He studied philosophy, and is the author of Il merito del linguaggio (The Merit of Language); he has also been responsible for many exhibitions and publications in conjunction with the artist and illustrator Marco Zürcher, including such works as The Tower Bridge e altri racconti fotografici (The Tower Bridge and Other Photographic Tales) and Hotel Silesia. For Ufficio proiezioni luminose (Light Show Office) he won a Swiss Literature Award in 2013.
Photo: Sébastien Agnetti

This is a collection of short prose pieces, some very short indeed, that seeks to describe the complex system of relationships in which human beings now live their lives. Drawing inspiration from astrophysics, the myriads of galaxies and stars, their interdependence and their mystery, Matteo Terzaghi celebrates the exceptional quality of our daily life on Earth, immersed as we are in minor miracles of nature (rain, eclipses, the regenerative capability of worms) and continual wonder at the products of our culture.

Though published fifty years after the first moon landing, The Earth and its Satellite is not a book that looks exclusively at the past. It does look back to some extent, of course – as must all books that draw on autobiography. The nub of Matteo Terzaghi’s new work lies in its stylistic peculiarity: the ‘school essay’ – that least noble of literary genres, which the author nevertheless feels to be intimately his own, and which he traces through literature and the cinema, from the prose of Robert Walser (for example: Fritz Kocher’s Essays) to François Truffaut’s 1959 masterpiece The 400 Blows.

In the thirty-four pieces that make up this book, ranging from the six pages of The Moon is ours (the longest and possibly the key text) to the single sentence of The Science Classroom (“In the science classroom there is a skeleton that stares at us from its empty eye sockets”), we follow Terzaghi’s thoughts in the form of sentences, carefully considered ideas and bold connections, anecdotes and memories of childhood, learned quotations and descriptions of famous photographs. The mysterious relationship between the Earth and its satellite becomes the measure of all relationshipsthat govern the universe and the daily life of human beings.

What distinguishes Terzaghi’s work from our own school compositions is his rigorous formatting and control. It is based on a series of themes (discovery, travel, death, silence, absence, escape), which occur in cycles and eventually come together to make up a complex, non-narrative whole, following the ‘laws’ of a poetry anthology. ‘Poetry in prose’ is probably the best definition of Terzaghi’s work, as he aspires to create a language that is simple and colloquial, with just the necessary touch of irony, an attempt at a naturalistic vehicle for serious content, reminding us of Osip Mandelstam’s judgement on the ‘literary style’ of Charles Darwin: “The organisation of the scientific material is the style of the naturalist”. An Italian-speaking Swiss author, Terzaghi offers us a hybrid form of writing with cultural references drawing on both his Swiss and Italian roots, from the works of Robert Walser to the prose and imagination of Giacomo Leopardi and Italo Calvino.

Click here for a SAMPLE TRANSLATION by Shaun Whiteside

“When we woke up the city was entirely white, so silent that when you opened the window you could hear the sound of the flakes falling slowly and abundantly, each along its own trajectory. It went on snowing like that for a good part of the day, until the evening. How beautiful it is to go out in the middle of the streets, in the middle of the snow, in the nocturnal light of the snow!”