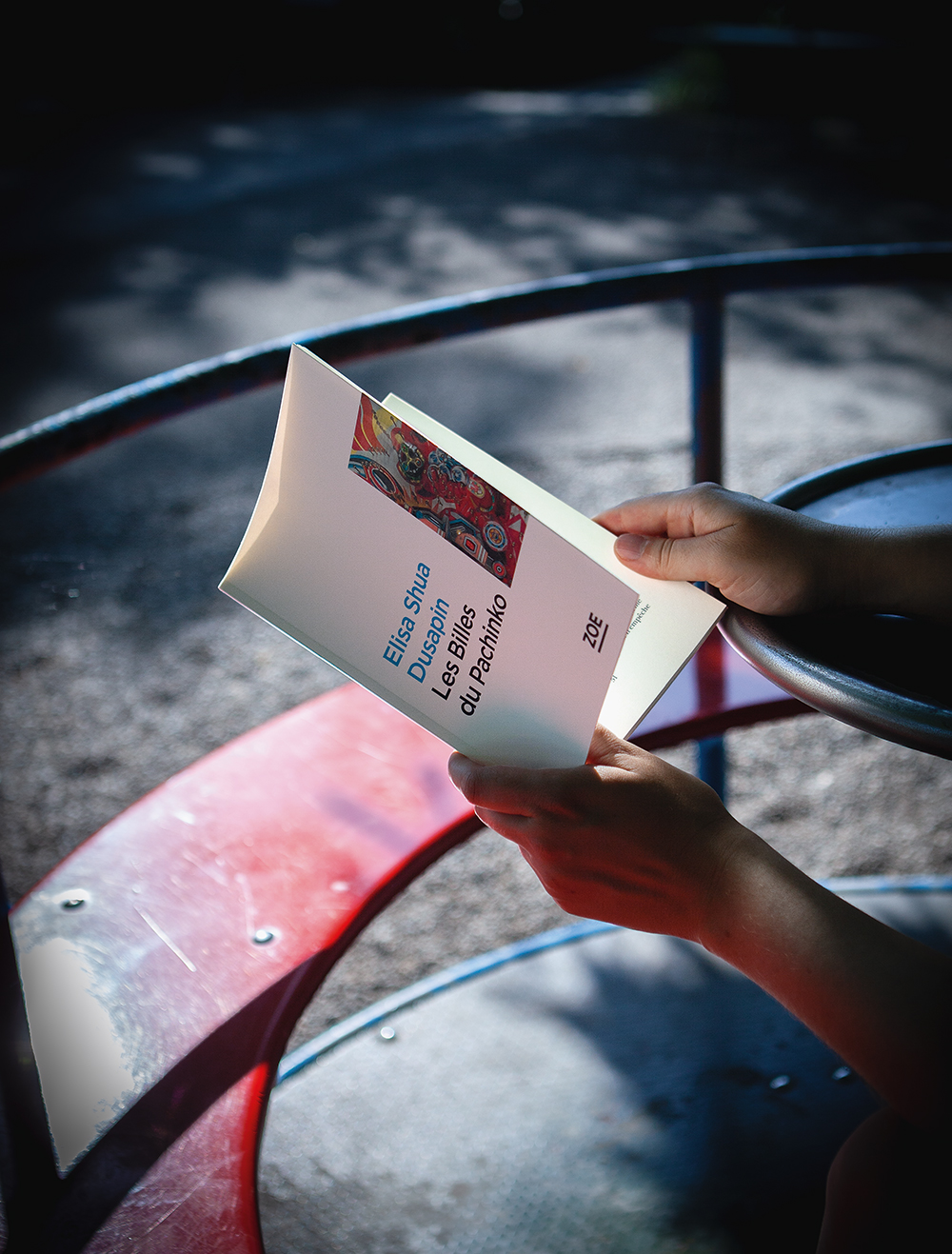 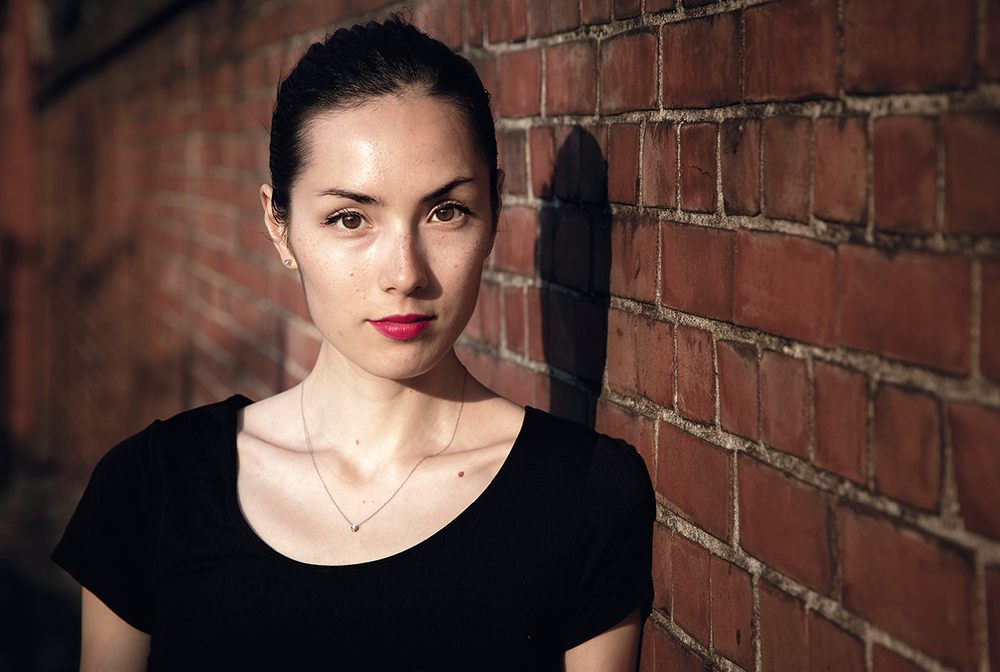 Of French and Korean parentage, ELISA SHUA DUSAPIN grew up in Paris, Seoul and Porrentruy in the canton of Jura. She graduated from the Swiss Literature Institute in Biel/Bienne, and in 2016 she published her first novel, Hiver à Sokcho (Winter in Sokcho, soon to appear in English), winner of a number of literary prizes, translated into several languages, and adapted for the theatre. Her second novel, The Pachinko Marbles, has already been awarded a Swiss Literature Award.
Photo: Romain Guélat

“Pachinko is a game for both groups and individuals.” This quotation from Roland Barthes opens Elisa Shua Dusapin’s most recent novel, The Pachinko Marbles. A group game because the arcades where pachinko – a Japanese variation on pinball – is played are full of rows of adjacent slot machines and an individual game because, when you play, you are intensely alone. The Swiss-Korean author uses this metaphor to tell a story; a story that tackles the issues of identity and otherness, through the prism of language and culture.

Thirty-something Claire is a Swiss citizen of Korean background, a country she has never visited. The novel opens with her travelling to Tokyo, where her grandparents live. On arrival at Shinagawa station, her objective is simple: to persuade them to return for a time to Korea, the country they loved, fled from during the Korean War and have since learned to forget. In Japan, she also gives French lessons to Mieko, a Japanese girl who constantly mirrors Claire’s own deformed image of herself, divided between the familiar and the foreign, the self and the other.

After Elisa Shua Dusapin’s first novel, Winter in Sokcho, which was a narrative reflection on feeling foreign and unfamiliar in a familiar world, The Pachinko Marbles takes the opposite view. As soon as she alights from the Tokyo train, Claire enters a puzzling world of unintelligible symbols, fake appearances and all-pervading fog. Her grandparents’ presence can do nothing to help. At times she sees that “a layer of pollution hangs over the metropolis”, and at other times “a mist masks the horizon”. When Claire approaches a church in a theme park devoted to the Swiss character Heidi, believing she has at last found a familiar environment, she realises “it’s only a façade, made of plaster, supported by a metal framework”.

At the heart of this world of indistinct landmarks and confused identities, the author seizes on games as the best mediator between herself and others, a familiar tool for taming otherness. Be it Monopoly, Tetris or Playmobil, the rules and themes differ little from one country to another, holding out the promise of transcultural communion. But the intimacy she experiences is merely superficial; and language actually creates a barrier.

The game of pachinko sums up this impasse. Instead of a game that brings people together, it divides: it is incomprehensible and constantly trips you up. Pachinko’s very existence is in fact based on fake identity: invented by the Koreans, it has become the symbol of an exclusively Japanese culture. Elisa Shua Dusapin uses this multi-faceted abstraction in a variety of ways: she writes of a creature to which a person attaches themselves “like a tick” and whose coat one caresses “like that of a beast of burden after a day’s ploughing”. Through the whole novel Claire strives tirelessly to familiarise herself with Japan, playing the game, enduring defeat but never abandoning her hope of victory, of winning the jackpot and of reaching the main prize – getting closer to her roots.

A novel about identity and ancestry, The Pachinko Marbles depicts the ambivalence of family relations and the difficulty of discovering one’s true origins. The reader is drawn into an atmosphere of restrained violence but sustained intensity in this stylistically austere novel.

Click here for a SAMPLE TRANSLATION by Hyunmin Park

“When I use Japanese to talk about my grandparents, they feel like strangers to me.”