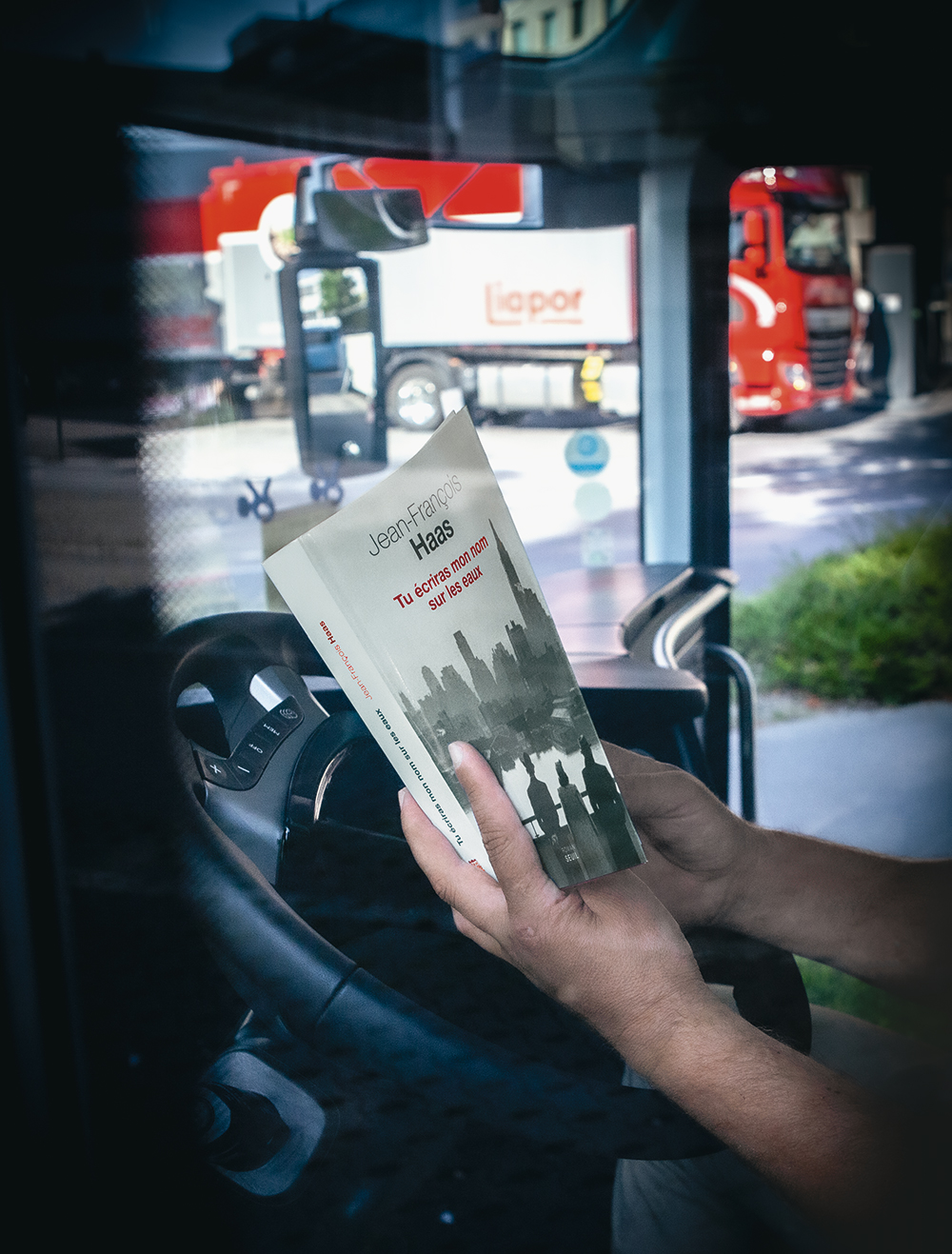 WRITE MY NAME ON THE WATERS
JEAN-FRANÇOIS HAAS 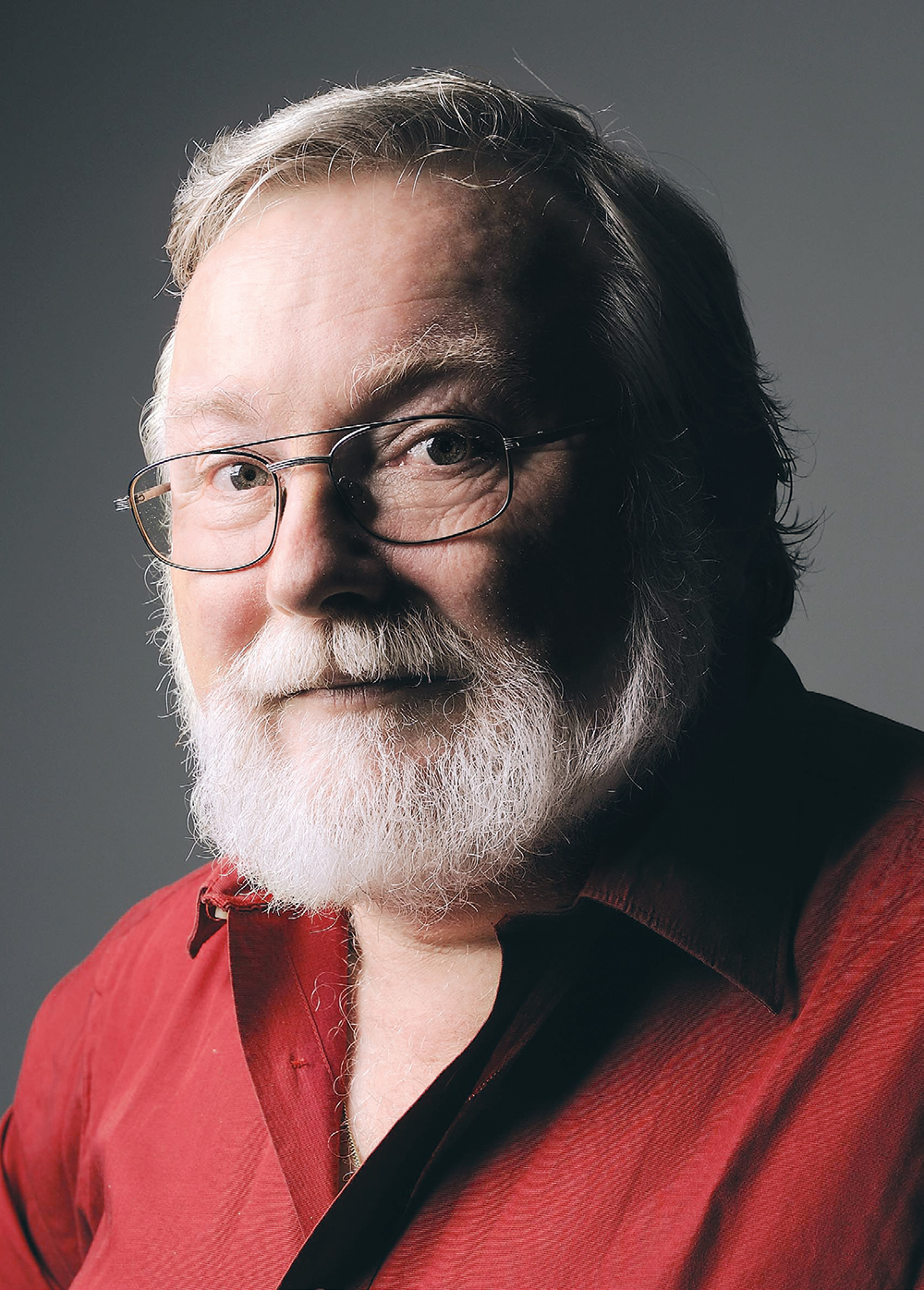 JEAN-FRANÇOIS HAAS was born in Fribourg in 1952. After a career as a teacher, he devoted himself to writing. His first three novels, published by Éditions du Seuil – Dans la gueule de la baleine guerre (In the Mouth of the Whale of War), J’ai avancé comme la nuit vient (I Advanced as Night Falls)  and Le Chemin sauvage (The Wild Path) – have won several literary prizes.
Photo: Hermance Triay

Write my Name on the Waters sets up a dialogue between the history and literature of a whole century as seen through the eyes of a young Swiss man, who goes to make his fortune in the USA. The novel has echoes of Flaubert and Valéry, of Proust, Joyce and Thomas Mann. After five novels and a collection of short stories, Jean-François Haas is back with his most ambitious work yet. Never before has he liberated, collected and mixed the human voice with the direct experience of history to this degree; never before has he so daringly exposed the ways of the world.

Jean-François Haas’ specialty is to bring together individual lives and the collective history of the 20th century, a century weighed down by war and disaster. More than ever, Write my Name on the Waters projects, compares and crosses frontiers. In its 469 pages, this novel is nothing if not ambitious, following the personal histories of the many characters listed at the beginning of the book. Jean-François Haas roams the world, from Fribourg in Switzerland to San Francisco, via Odessa and Cologne. In so doing, with mastery and humility, he collects fragments of more than 100 years of history.

The main narrator, Jonas, is thirty-five years old. The story he tells is that of Tobie Ruan, born in 1895, the illegitimate child of Jonas’ great-great-grandmother. Tobie sets out for the United States to try to find his father, who lives in exile in the USA. On the way, he meets another immigrant, Isaac Milstein, haunted by the loss of his wife and son in 1905 in a tragic shooting incident during a pogrom on the Odessa Steppes. Accompanied by Isaac, whom he looks up to as a source of wisdom, Tobie roams the violent and tortured century.

The author releases a fascinating flow and polyphony of voices. Through Jean-François Haas’ beautiful and skilled writing these voices multiply and merge with memory, history and the stories of others. Jonas, the last link in the family chain, is well aware of this: “Sometimes I wonder if I am telling your story or my own […], because we resemble so closely what others are”, he says at the end of the prologue. Indeed, memory, and the fictions that memory invents, are the raw material of the novel: “How would I be able to go out and find you if I did not use my imagination?”, Jonas asks himself as he approaches his ancestor’s life-story. He must resort to fiction to track down the story, in the same way that Jean-François Haas must do in order to resurrect a century of history. Haas also summons up a constellation of literary stars to help him, from Tolstoy to Hemingway, Roth to Solzhenitsyn, Proust to Kenzaburo Ôé. But always it is Haas we are reading. His strong narrative voice, that of a writer aware of the extraordinary power of memory and the word, brings everything together.

In setting up a dialogue between reality and fiction, the meanderings of the genealogical labyrinth and the human connections we all share, Haas manages to fill the gaping emptiness of a whole century, described by Jonas like this: “You do not come from a place, but from an absence.”

Click here for a SAMPLE TRANSLATION by Jackie Smith

“Time opens its floodgates and engulfs you, like those fish swept along by the water from a dam.”