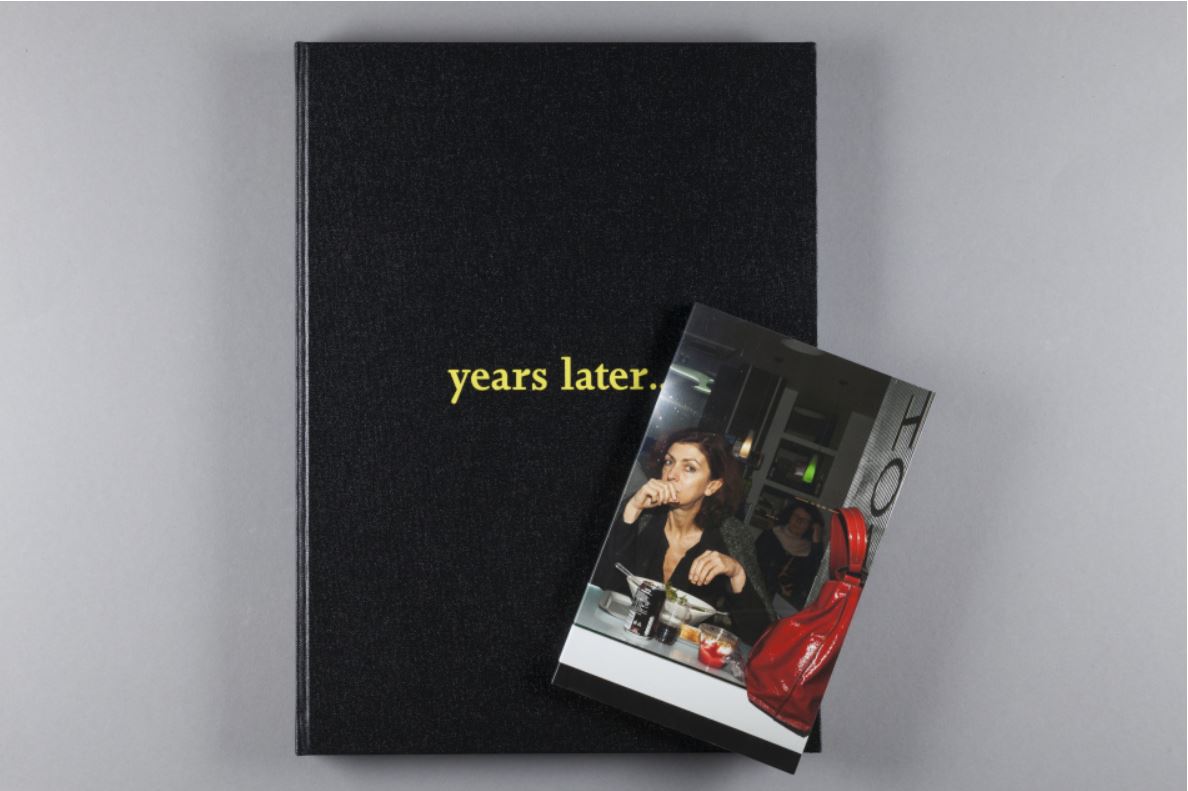 Scenes of seemingly random city centres: people of all ages on the streets, in front of hotels, in cafés, cinemas, shops, shopping, drinking coffee or eating fast food, in front of and behind the windows of buses, trains, buildings and shops. Snapshots; only rarely does anyone notice the photographers. And thus we see people who are not aware of their involuntary comic effect nor of the irrelevance at that very moment. The result is humorous and comes above all from the repetition of patterns and the almost painfully banal pictorial motifs. True to their consumption habits, human beings themselves become representational, indeed monotonous, like the chains of restaurants and department stores in which they spend their leisure time. This illustrated volume is accompanied by a collection of anonymous monologues, fragments from intimate conversations that one might secretly witness when passing by such places. What touches the viewer, strangely, both visually and verbally, can be reduced to a common denominator: unembellished life. Alice Wilke