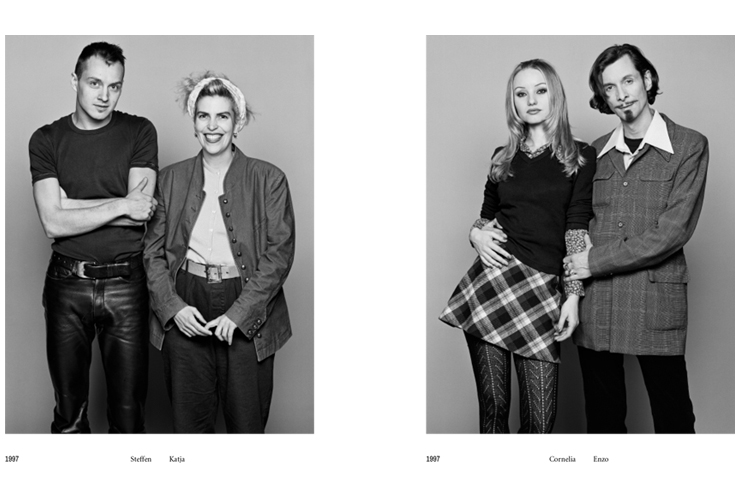 What began as a series of portraits of couples has developed over three decades into a long-term study of interpersonal relationships and effigies. In 1982 Davatz photographed 12 young couples for the first time and in the following stages of her project (1988, 1997 and 2014) she invited the same people or their new partners, or their children, to her studio time and again. Over time, 24 portrayed people became 84. Davatz’s book not only documents the changing constellations of her protagonists, but also traces the developments in their individual expressions. What do their gestures, looks and postures tell us? Which fashion highlights and sins become apparent? Which patterns do we follow when choosing our partners? How do life plans and ideals manifest themselves? Precisely because Davatz always photographs her subjects with her sober, sensitive gaze under the same conditions and against a neutral background, the personal stories and fates lying between the various points in time become clearly perceptible. Alice Wilke