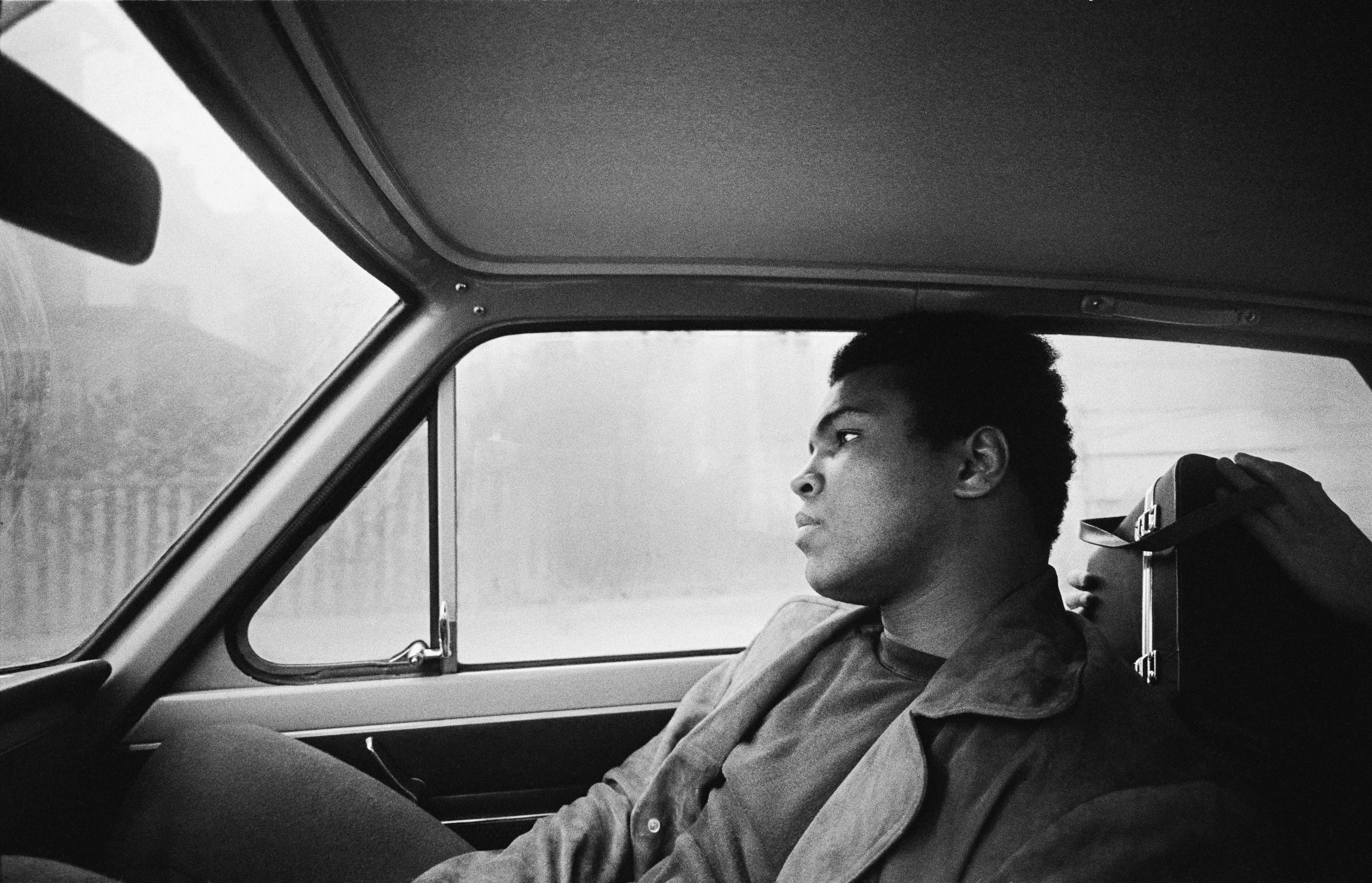 Photojournalist Eric Bachmann charts a minor episode in the history of boxing, yet one that marked its heyday in Switzerland: Muhammad Ali’s brief stay in Zurich in December 1971, on the occasion of his fight against Jürgen Blin. The result is a rhythmically dense, full-page chronological work to which the multiple shots of the same scene lend an almost cinematographic quality. In a succession of everyday moments, Ali usually appears calm and serious, whether in training, on outings in the countryside or in Zurich’s shops. The gap between his often impassive presence and the fascinated, heterogeneous but almost exclusively white crowd surrounding him is obvious from the outset. These two worlds, the world of the mythical athlete with his imperturbable entourage and the disparate parade of curious people, journalists and sports promoters, only collide for the brief duration of a fight. [Danaé Panchaud]