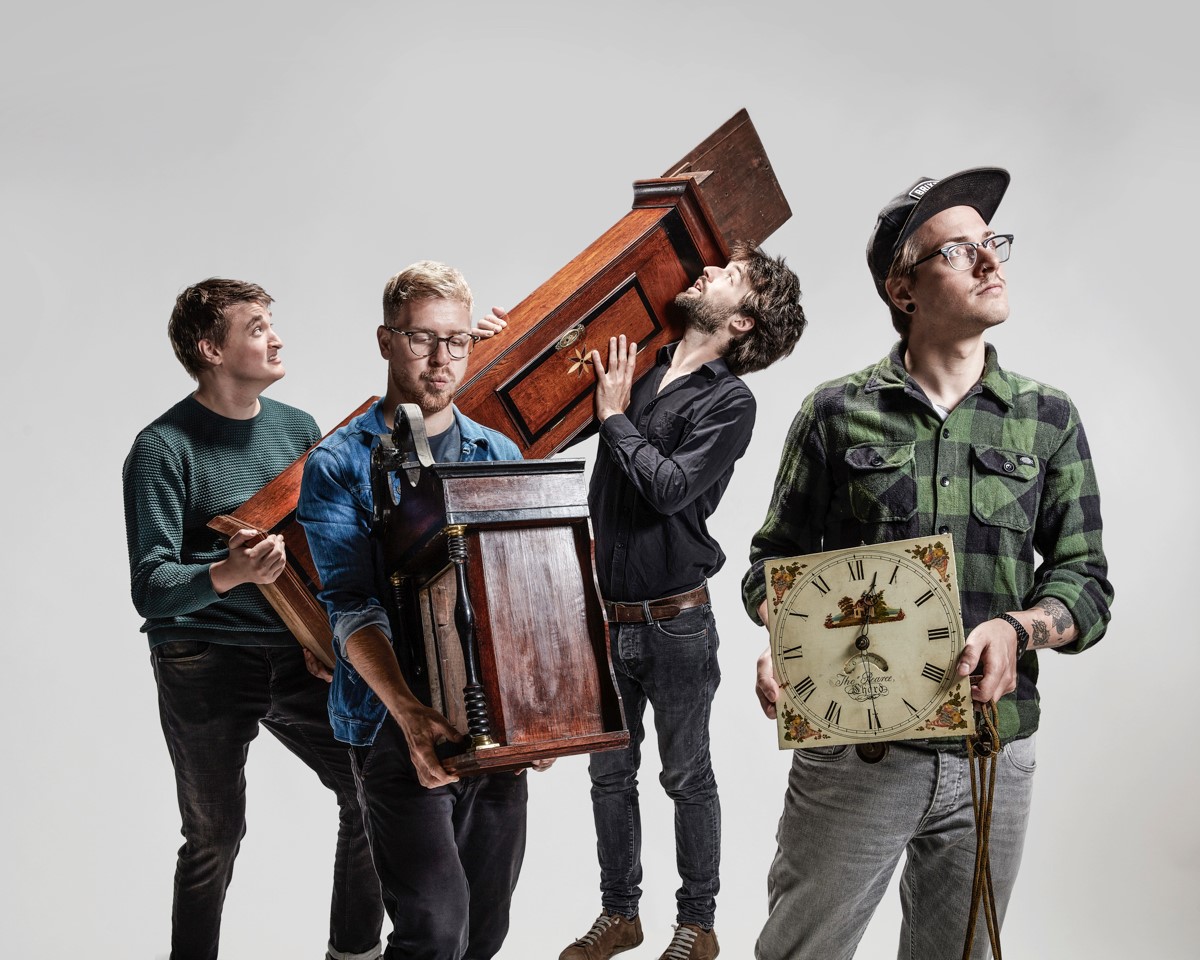 The young Swiss quartet Woodoism was founded five years ago by trombonist Florian Weiss. Woodoism has been increasingly drawing the attention of international music critics and their growing fanbase over the past few years. The band, with Linus Amstad (altosax), Valentin v. Fischer (bass) and Philipp Leibundgut (drums) released their highly recognised debut Woodoism in 2017.

What did jazz musicians from Switzerland do during the lockdown? And what is on the horizon for them next?  Florian Weiss from Woodoism shares what his life looked like during the lockdown and how he deals with the uncertainty beyond. Pro Helvetia supports Woodoism as part of the High Priority Jazz Promotion.

«My first reaction then was to think about how the Internet could be used as an alternative and what could be streamed for example. But in the end I did very little in this direction, because I came to see the standstill itself as something positive.»

How did the lockdown work for you?

During the lockdown I had the feeling that if didn’t create a structure for myself or reflect on certain projects then I’d lose my grip. Every couple of days I had a motivational diver. I find it easier to work towards something. When I know that in two weeks I will be rehearsing with the band and going on tour in a month, this also inspires me.

In any case I practised piano and trombone a lot, otherwise did some gardening at home even though I don’t have a balcony, just as much as I could, and also I did varying degrees of sport.

What questions were you concerned with?

What do I have to deal with now? What gets dropped? I have tried for a long time to keep certain things in my head.  The tour is cancelled, but which gigs are still planned that could work? In my head I am now relaxed with the idea that probably nothing’s going to happen until September. I accepted this quite quickly. But what if there’s a second wave? How is autumn shaping up even if there’s no second wave? These questions will surely concern the whole music scene for a long time to come, not only this autumn but also next year or even the following one.

How do you deal with uncertainty?

It’s not too bad in my everyday life, and I try not to worry too much about how it’ll be in six months’ time, because anyway I have no idea. I just look ahead and somehow – that’s a motto that many musicians share – somehow things will go on.  This is helpful in such a situation.

What experiences have you had with new formats?

I know that right at the beginning when the cut came, I was on the way to a gig. My first reaction then was to think about how the Internet could be used as an alternative and what could be streamed for example. But in the end, I did very little in this direction, because I came to see the standstill itself as something positive. What I did was a studio session in which Tom Gsteiger and Wolfgang Zwiauer, two musicians from Bern, asked musicians whether they wanted to contribute something solo or put together a band and take up an afternoon. The result can now be found on SoundCloud – «Life At The Zoo».  That was a good opportunity for me to do something that would not have taken place without the lockdown.

Quite clearly, the classic: the lockdown made me aware that I filled my week up with many appointments and that actually one programme item was possibly already enough for the day. Perhaps one does just one thing in a day, for example, today I go jogging, and I see about the rest later.  I find this kind of slowdown very valuable and I’d certainly like to stick to it.