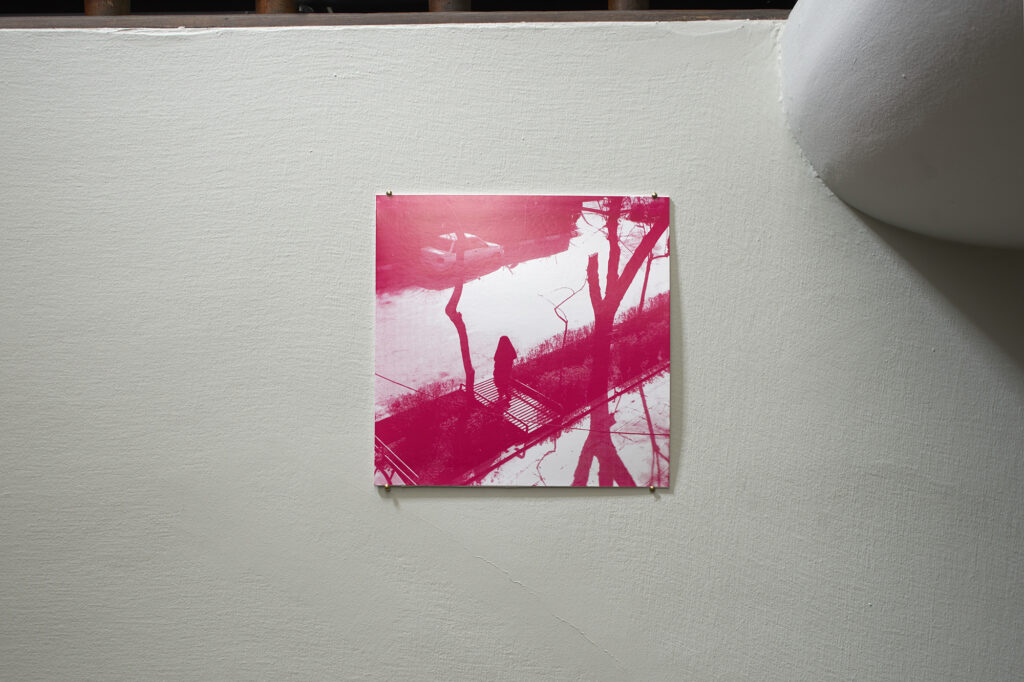 A few years ago, Noha Mokhtar had the opportunity to participate in a traditional lila, also called derdeba, a healing ritual of the Gnawa tribe in Morocco. The Gnawa, a black African minority from the southern Sahara who originally came to the country through enslavement, combine Sufism with pre-Islamic African and animist rituals in their culture. A central element is the lila ceremony, involving music, dance, colours and scents.

In Arabic, “lila” means “night”. During this nocturnal ceremony rhythmic, repetitive music and dance are used to induce trance-like states, which are supposed to free the participants from physical and psychological suffering. Mokhtar took this formative memory as the starting point for the eponymous video work Lila, building on it through a collaboration with the Gnawa musician Khalil Bensid. She invited Bensid to respond to her moving images with a composition. Mokhtar’s close-ups of bodies hula-hooping were accompanied by Bensid’s piece played with traditional Gnawa instruments.

For her work in the Pro Helvetia building, Mokhtar again detaches the sounds from their visual reference. As a stand-alone piece, the music, which is thought to be healing, was pressed into vinyl and issued as a record edition to be gifted to the employees. Furthermore, Mokhtar reversed her original approach, by responding to Bensid’s music with her own images. Compiling seven motifs in this way, she then screen-printed them onto the record sleeves. The images, taken from Mokhtar’s trove of “photographic notes” as well as from the video work itself, serve as the visual anchor of the sound work, which can be replayed on site. Like the video images, they are bathed in shades of blue and red, referencing the therapeutic colours and sounds of the ceremony.

Noha Mokhtar (*1987) lives and works in Zurich and New York and is currently a PhD candidate in Social Anthropology and Critical Media Practice at Harvard University. Her artistic practice mainly includes photography, installations and objects. She is interested in how spaces and objects are connected to social and political issues.